No we’re not back in Brazil. Copacabana is the main village in Bolivia on Lake Titicaca where you get a boat to Isla Del Sol.
We arrived here around midday from La Paz and Alex got ripped off when buying the boat ticket – he paid B$25 when the lady after us paid B$20. Must have been the Gringo tax!
The boat trip was about 3 hours it took bloomin’ ages! It wasn’t very comfortable! We sat on a wooden bench and my bottom hurt!
Isle del Sol had two ports that you could land on and we decided to stay on the south of the island because there was more choice of where to stay. The lake and the views around were really nice too. The sun was out for our whole stay on lake Titicaca which was great but meant that we were going to get burnt! 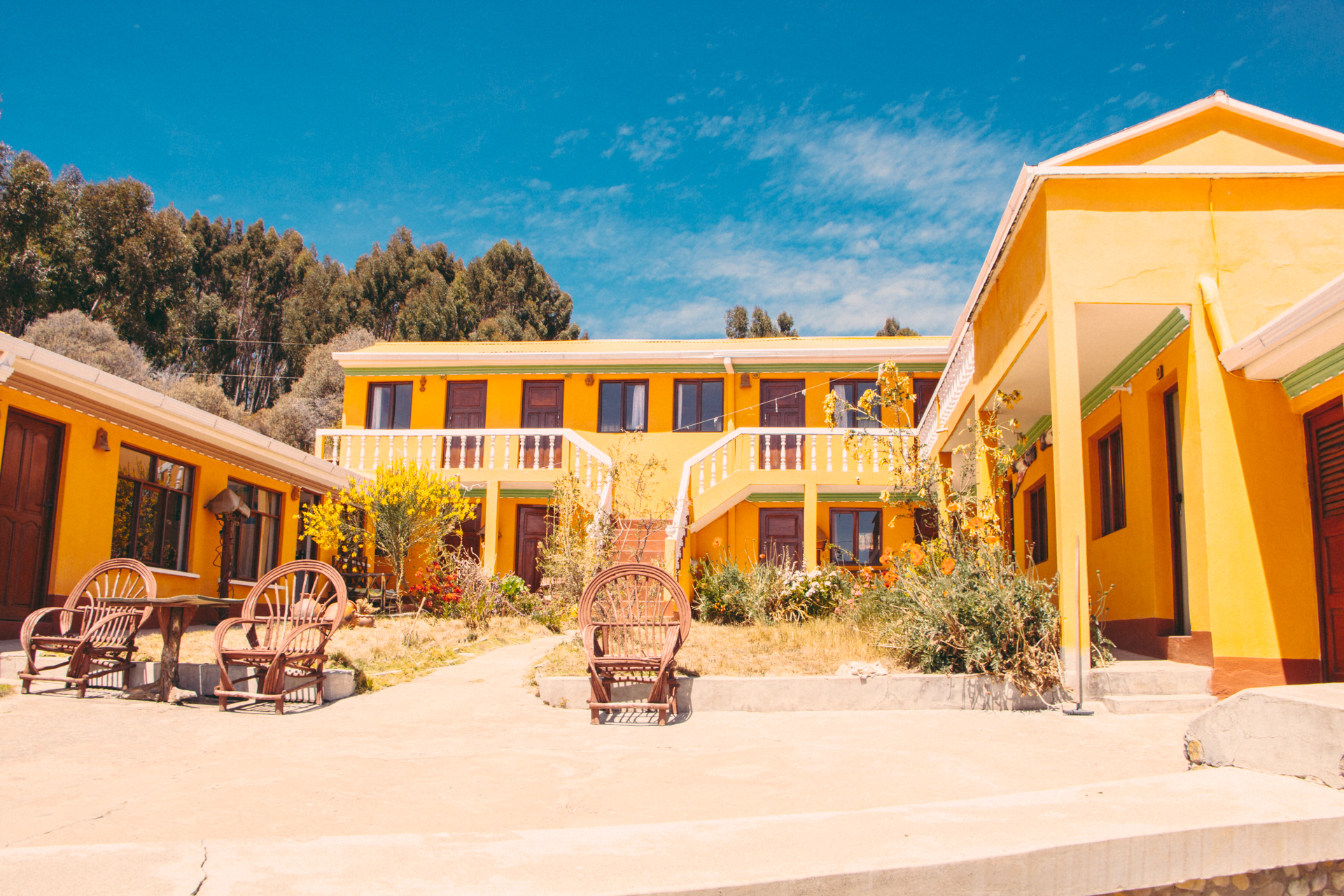 We got told that the island was really steep but we didn’t realise how steep it really was. We walked to our hotel which was about 500m up from the lake and with a big 15kg bag on our backs and 5kg day-sack on our front it was really difficult and altitude was unforgiving here! After a good 40minutes of up hill walking we eventually found the hotel. The owner was a lovely Bolivian lady who kept forgetting that we didn’t speak much Spanish. She was really nice about though. The views from here were really cool- you could see lake for miles. You forget that it’s a lake after a while and you feel like you’re floating all alone on the sea! We had dinner that consisted of soup, trout (a specialty on the lake) and rice and bananas with chocolate. Once the sun had fully set the temperature dropped by quite a bit! It was so cold but we were okay because we made the most of the many provided blankets for warmth! 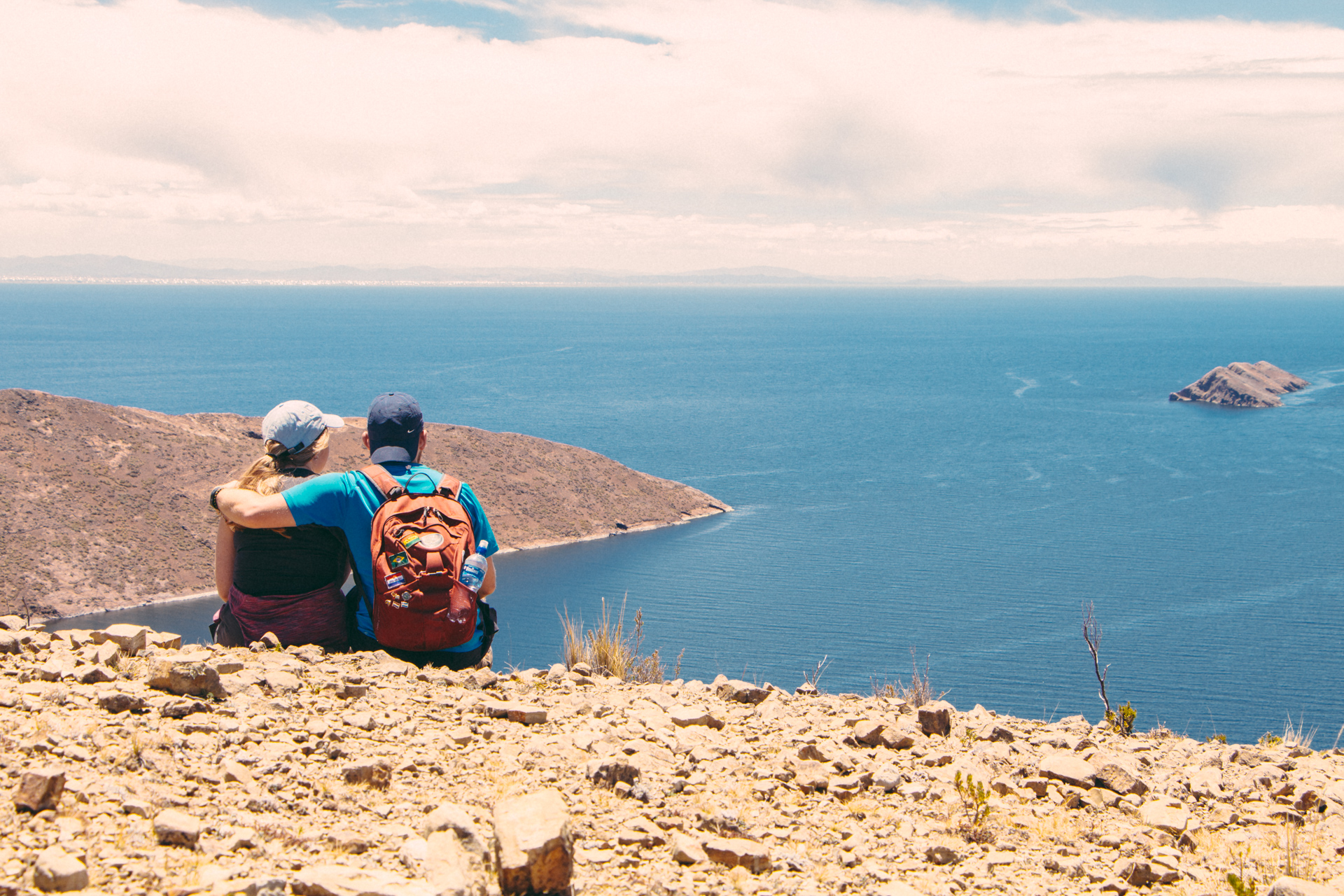 The next day we decided to hike the length of the island from south to the north. We walked to the highest peak and Alex then lost the path so we had to go cross country through staggered fields! Once the path was rediscovered we walked for about 5 hours which could have been 3 but I was really struggling with we altitude here. The air was so thin! We saw lots of trees and beaches, walking along the top of the island so we could see view from the east and the west, it really was beautiful. We eventually got to the North again we had to go cross country once more. We got lost and had to follow a local who said we were going the wrong way. 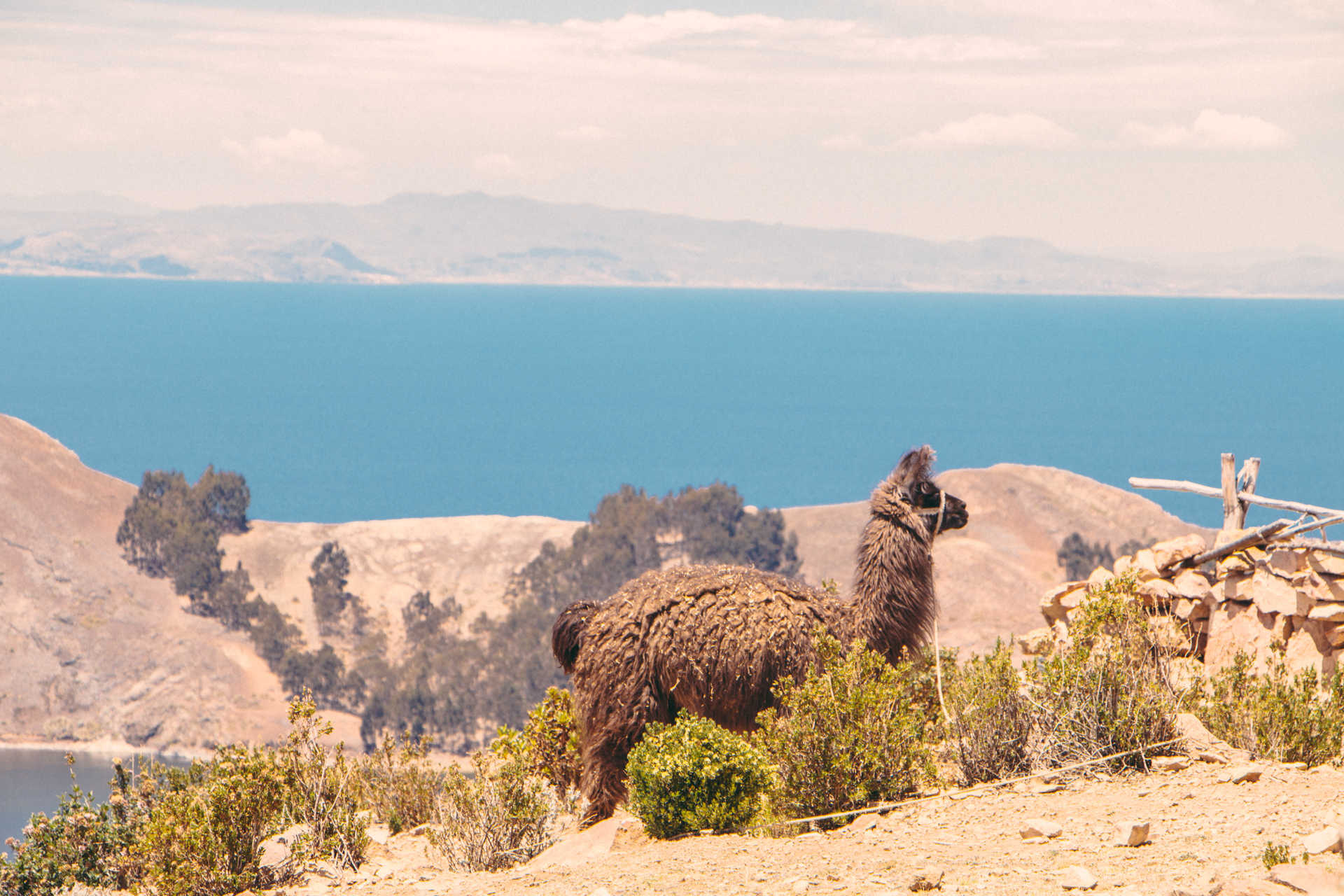 We made it to the North port but couldn’t find any boats to take us to the South until eventually we got flagged and had to climb over several boats until we found one that was willing to take us! After about 30mins we were back at the South port and we had lunch by the side of the lake. We had to climb up again to get back to the hotel which was considerably easier without the big bags. We did get stuck between a ridiculous load of donkeys though which was stressful – we opted for the “if we don’t move they won’t see us approach” option, which worked just fine. We were knackered after all the hiking (well I was) so we headed back to the hotel and had a chill for a bit before dinner. 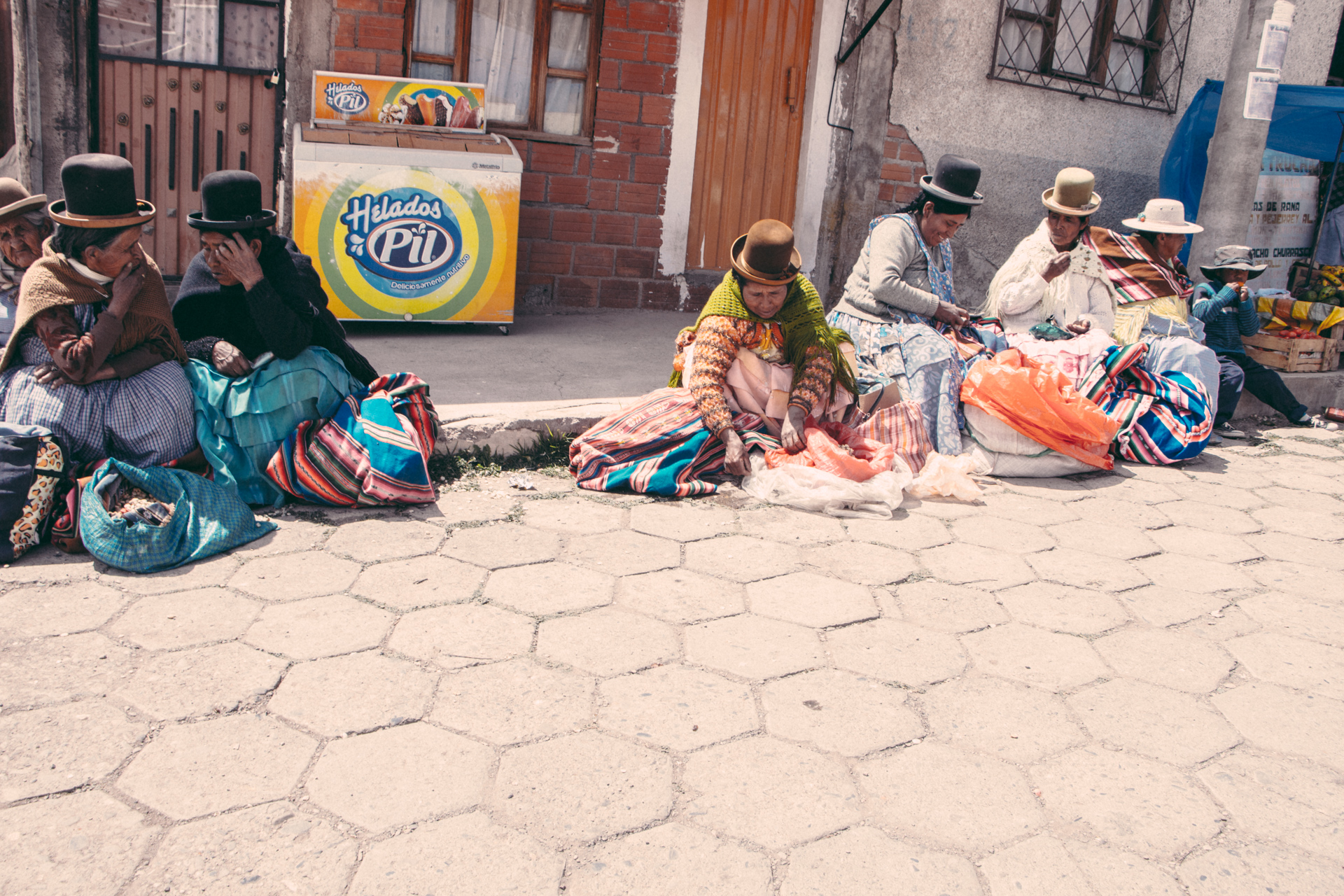 The 3 hour boat back to Copacabana was early so we hopped on and tried to sleep for a little. We arrived in Copacabana at around 12ish so went to grab lunch and make most of the Wifi then looked around until our bus arrived at 5pm. Copacabana was a nice place but pretty busy and touristic (by way of lots of people trying to sell tat!) it was nice to leave. Ready for our next and last country of our trip in South America, Perú.