We had a little surprise for ourselves booked for North America in the not so sunny California. We arrived in San Fan airport only to have to wait another couple hours to catch another sneaky flight to LAX. 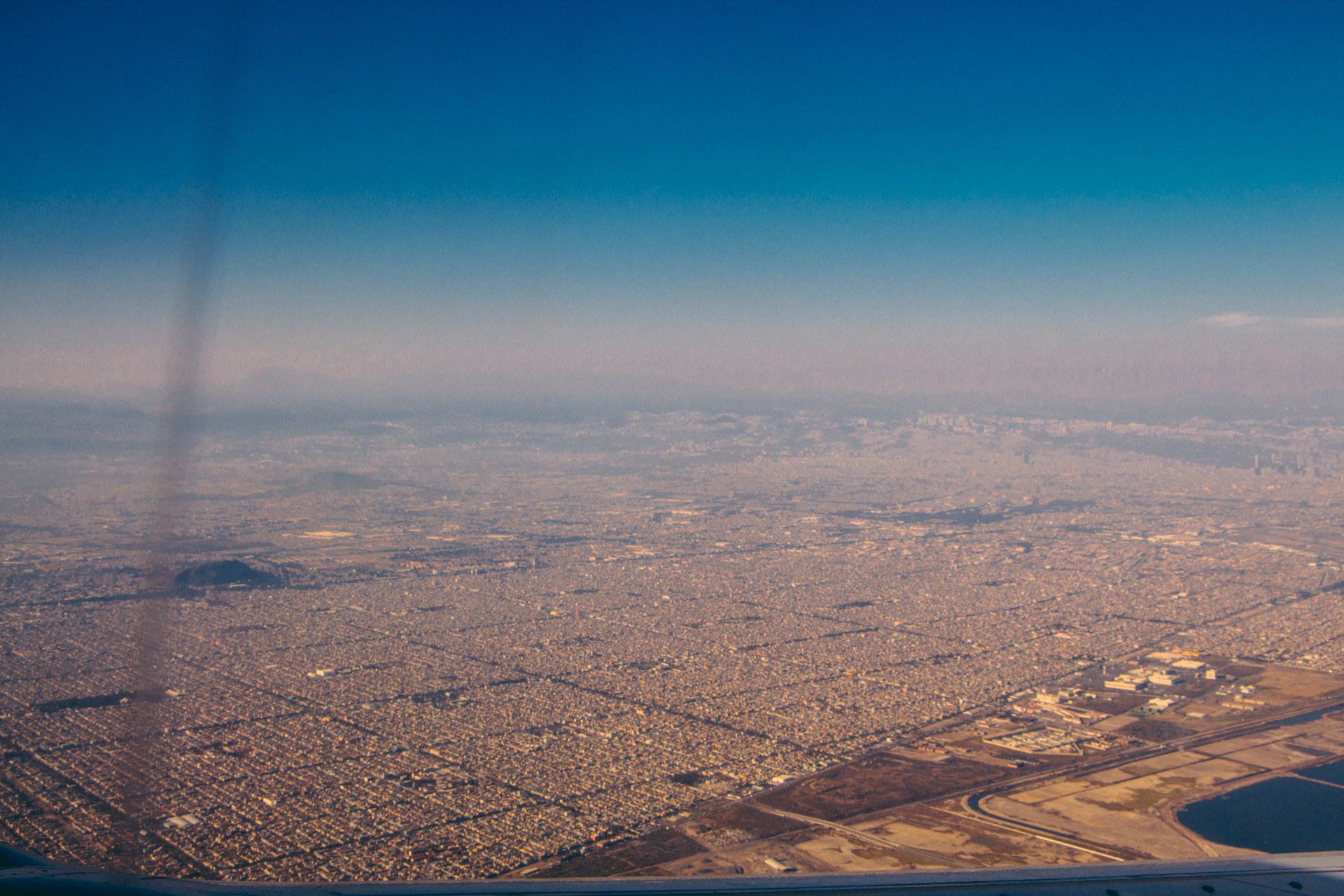 The reason you ask? Well because we were going to the most magical place on Earth.. Disneyland!
It’s been my dream to go to the original Disneyland so we couldn’t (I couldn’t) not go out go to California without seeing it, so there we were sitting on the shuttle bus taking us to our hotel inside Disneyland – Paradise Pier. I had a little wee when I saw the Downtown Disney signs and the hotels looked so Christmassy with all the lights and festivities. We arrived at Seven-ish in the evening and I already had a plan of action – we were gonna go to the cinema to start our Disney Magic by watching the film Moana which was on a 8:30pm. After a long day of flights no wonder Alex fell asleep sprawled across three seats during the film. I didn’t however because it was a fricken amazing film. I loved it another Disney Classic in the making. After the film I woke Alex up and we went straight back to the hotel so I could let him have a peaceful night sleep before the adventures for the following day. 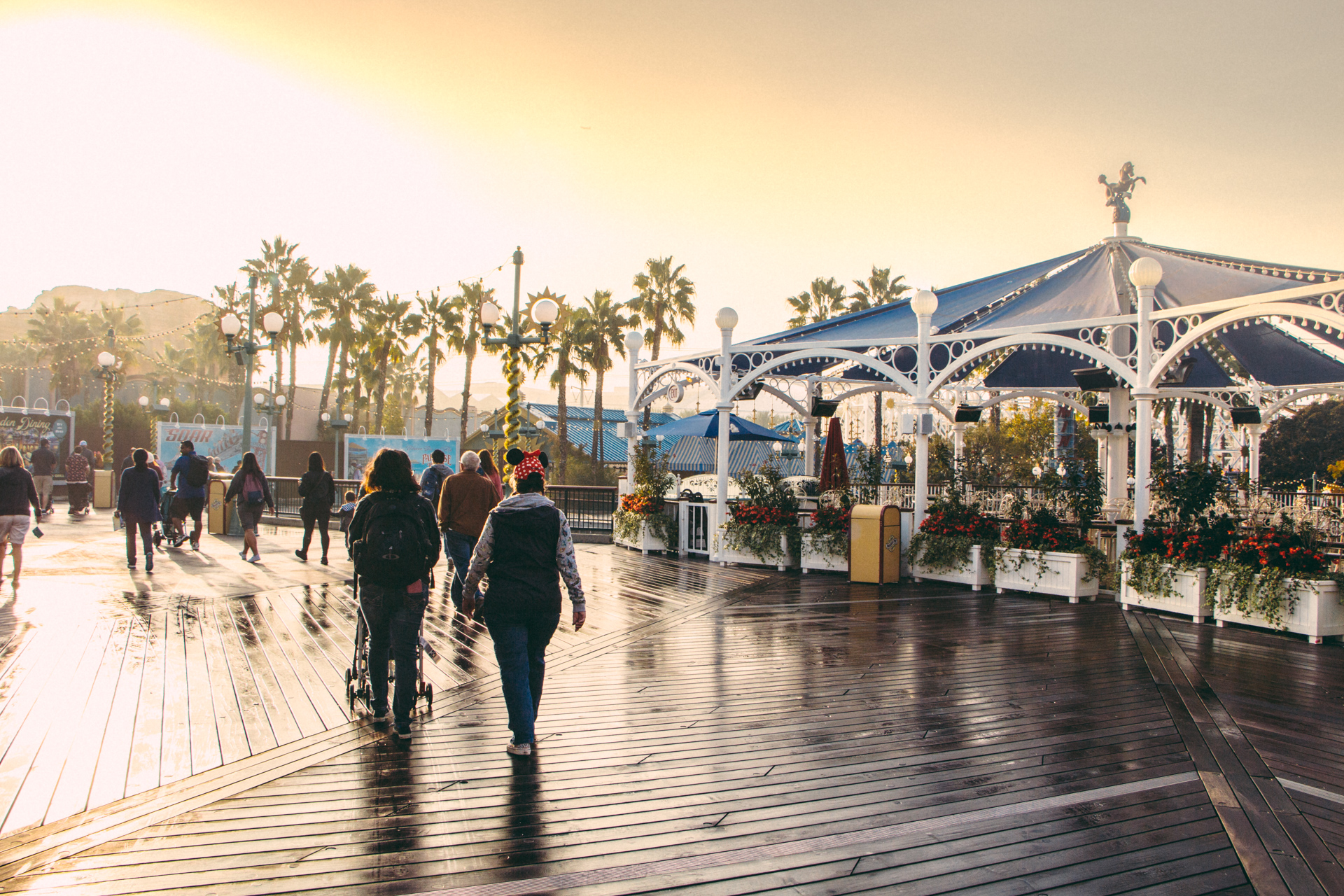 At 7am I woke super excited I was showered and ready to go by 7:30 ready for rope drop in California Adventure Park – as we were hotel guests on sight we got to go into the parks early before the general public. With my lanyard and badges ready to go, we were ready to ride our first rides and knock any annoying children out of the way! We rode the big California Screamer and another couple rides before 8am, we then had breakfast; a very healthy chocolate croissant (mostly chocolate) and a cinnamon twists pastry thing. 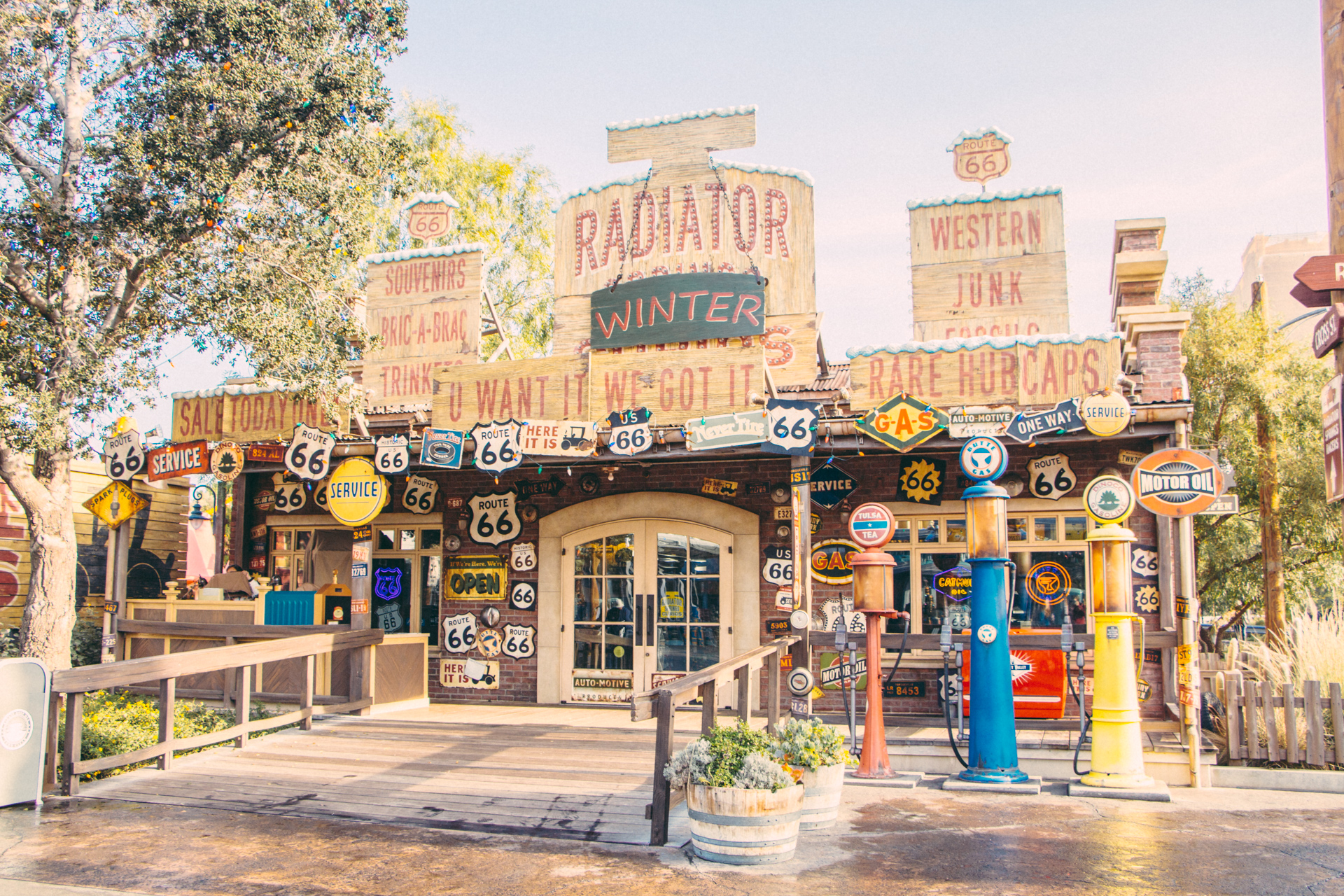 We then went to Cars land which is exactly like the film and went on the ride which made me super happy before having a wonder around before the park officially opened to other guests. We went to bugs life land which also made me happy it was really cool there. We rode on the Tower of Terror twice – our favourite. 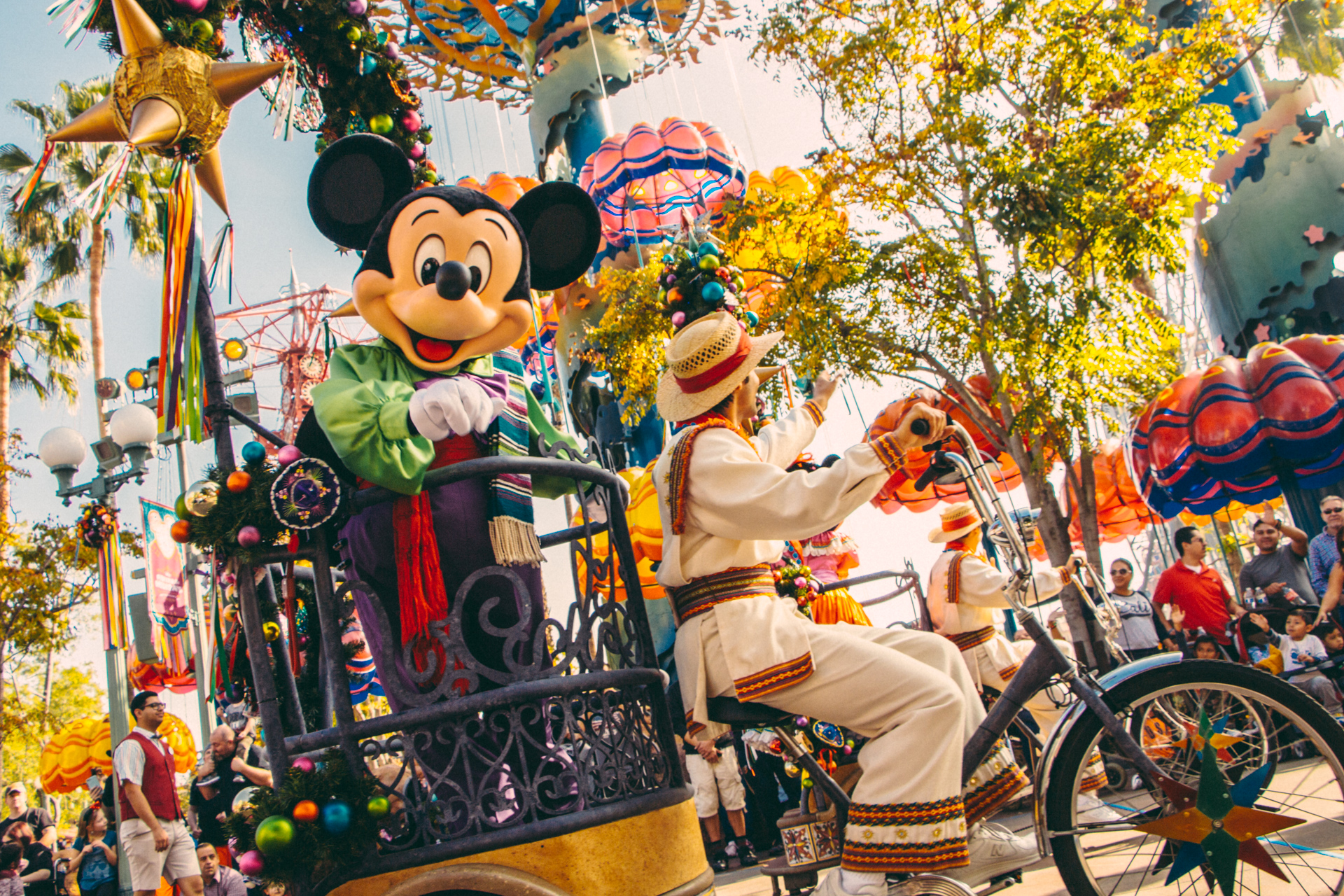 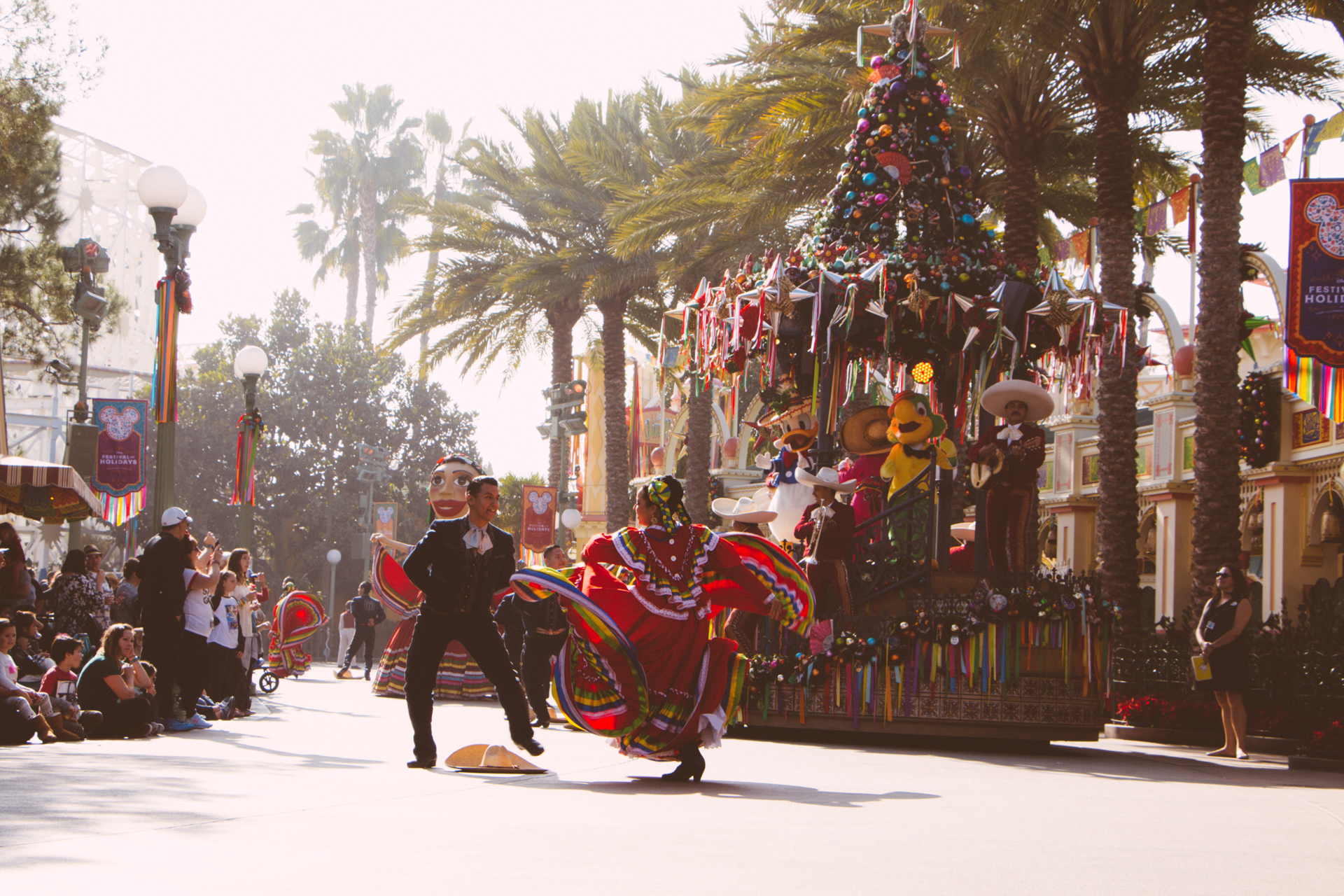 At about lunch time there was a Christmas Parade called Felis Navidad which was cool it celebrated Christmas spirit of South America, so it was a nice throwback to our previous 3 months of fun in South America. If only South America was that Christmassy haha! We rode on more rides, I ate multiple churros my absolute favourite. 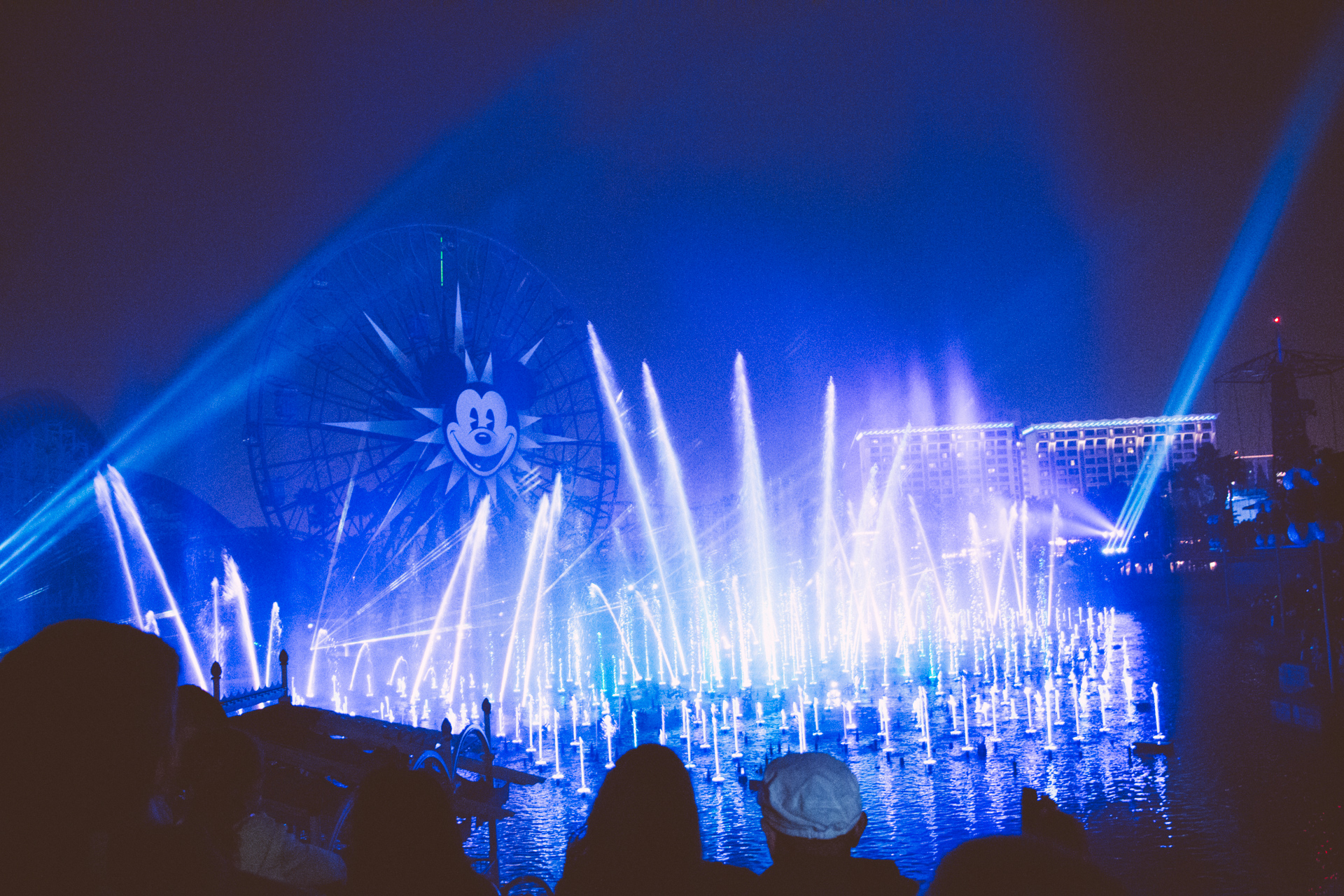 Then we headed back to the hotel to have a relax and a swim before the night time showing of the Frozen theatre show and the light show called Festival of Lights which was spectacular. 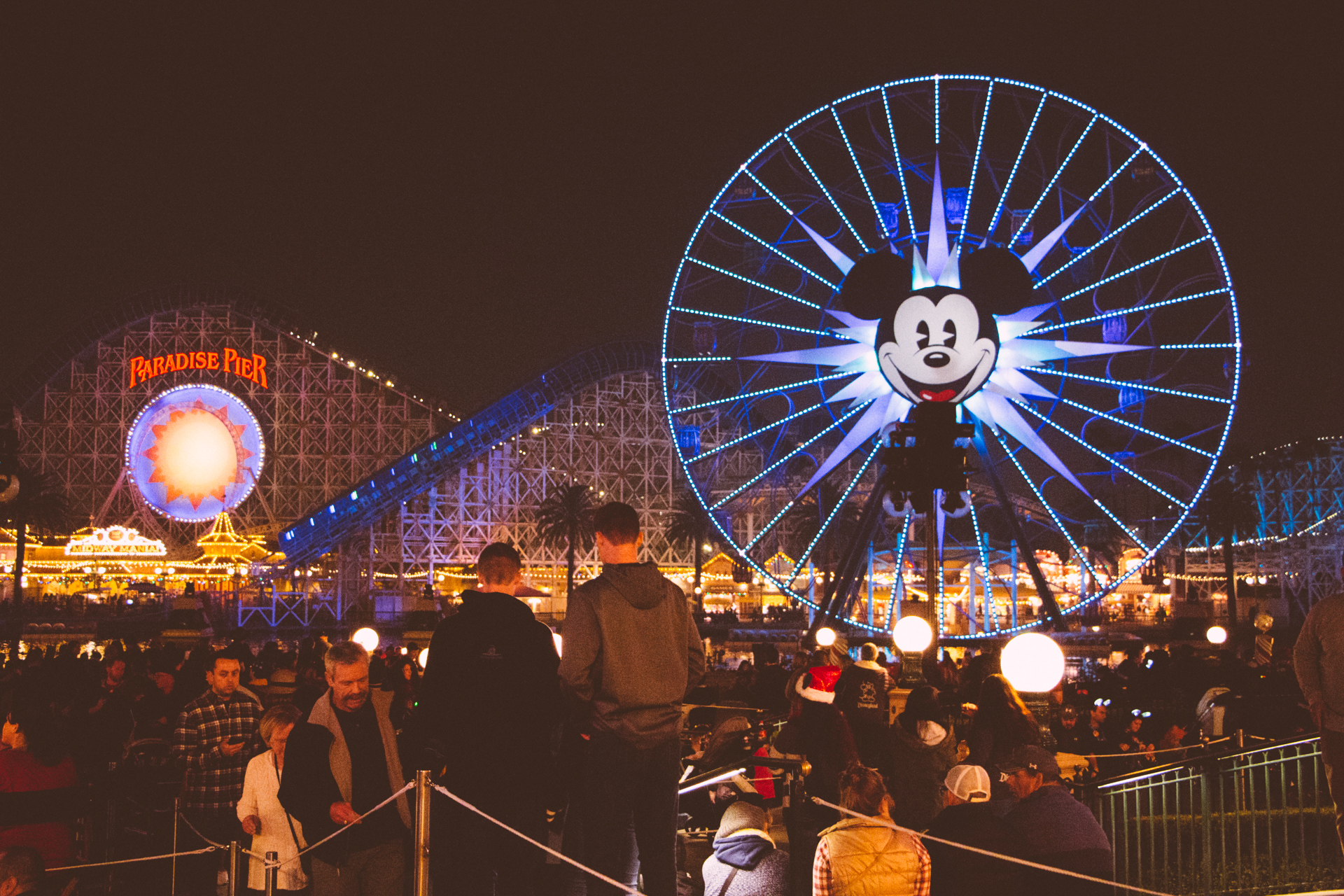 The next morning was an even earlier start 6am!! I was even more excited because we were heading to MAGIC KINGDOM!! Sorry I’ll refrain myself. Our first ride was Peter Pan’s Flight which Alex did not enjoy but I didn’t care because to see it made me happy. 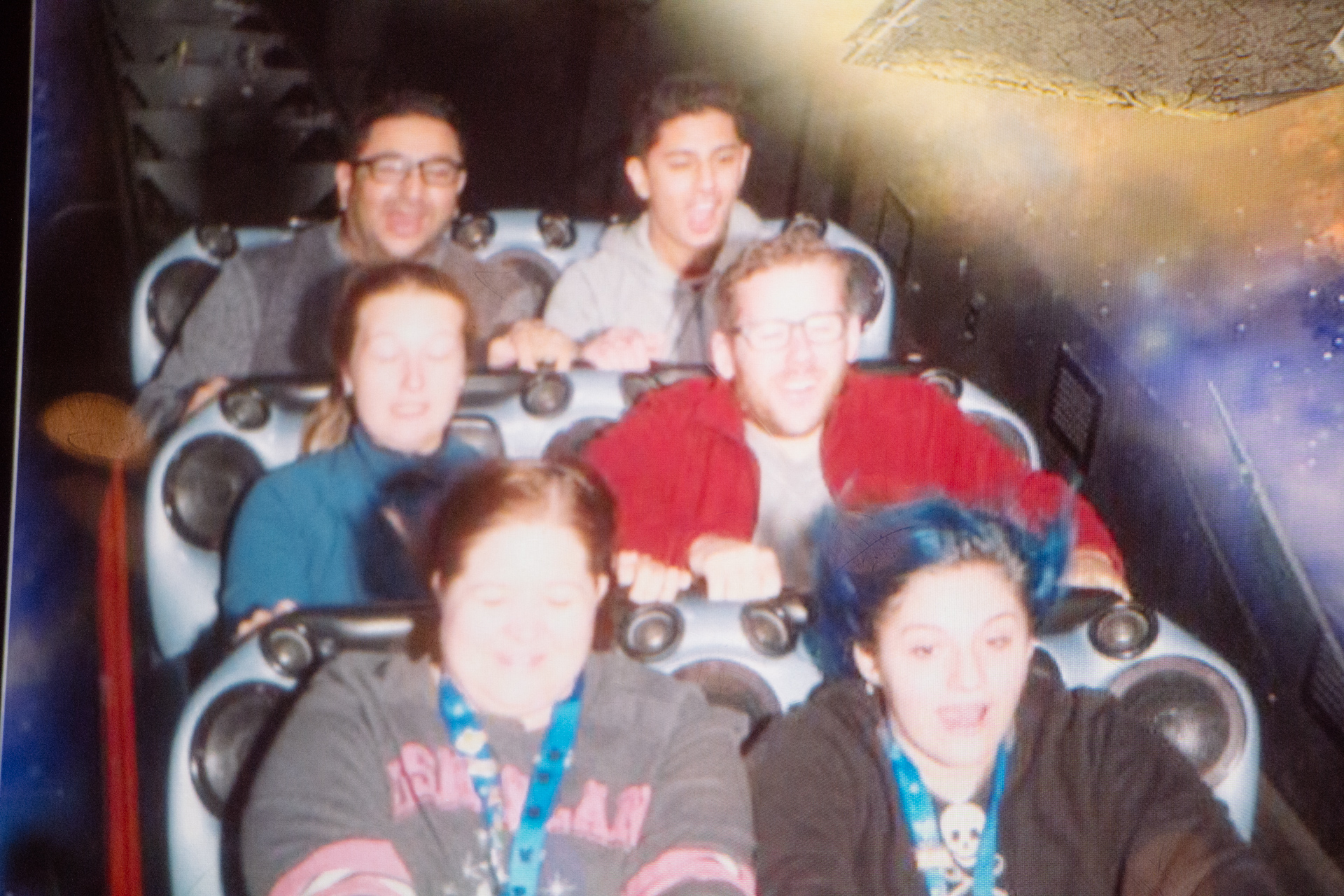 We rode Dumbo and all the old classic rides that Walt Disney had designed himself, including the classic carousel. We then had breakfast which consisted of yet again chocolate croissant. 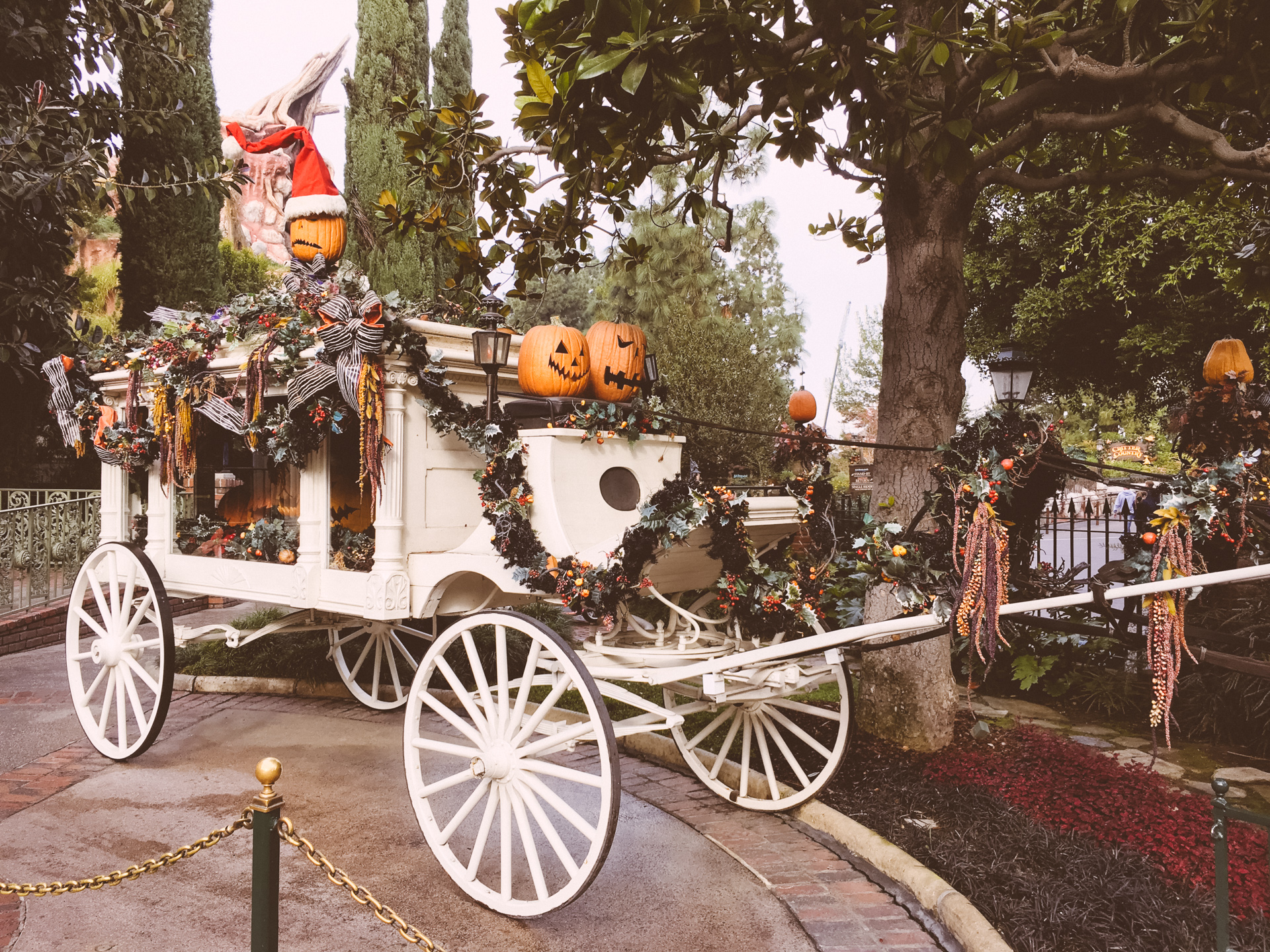 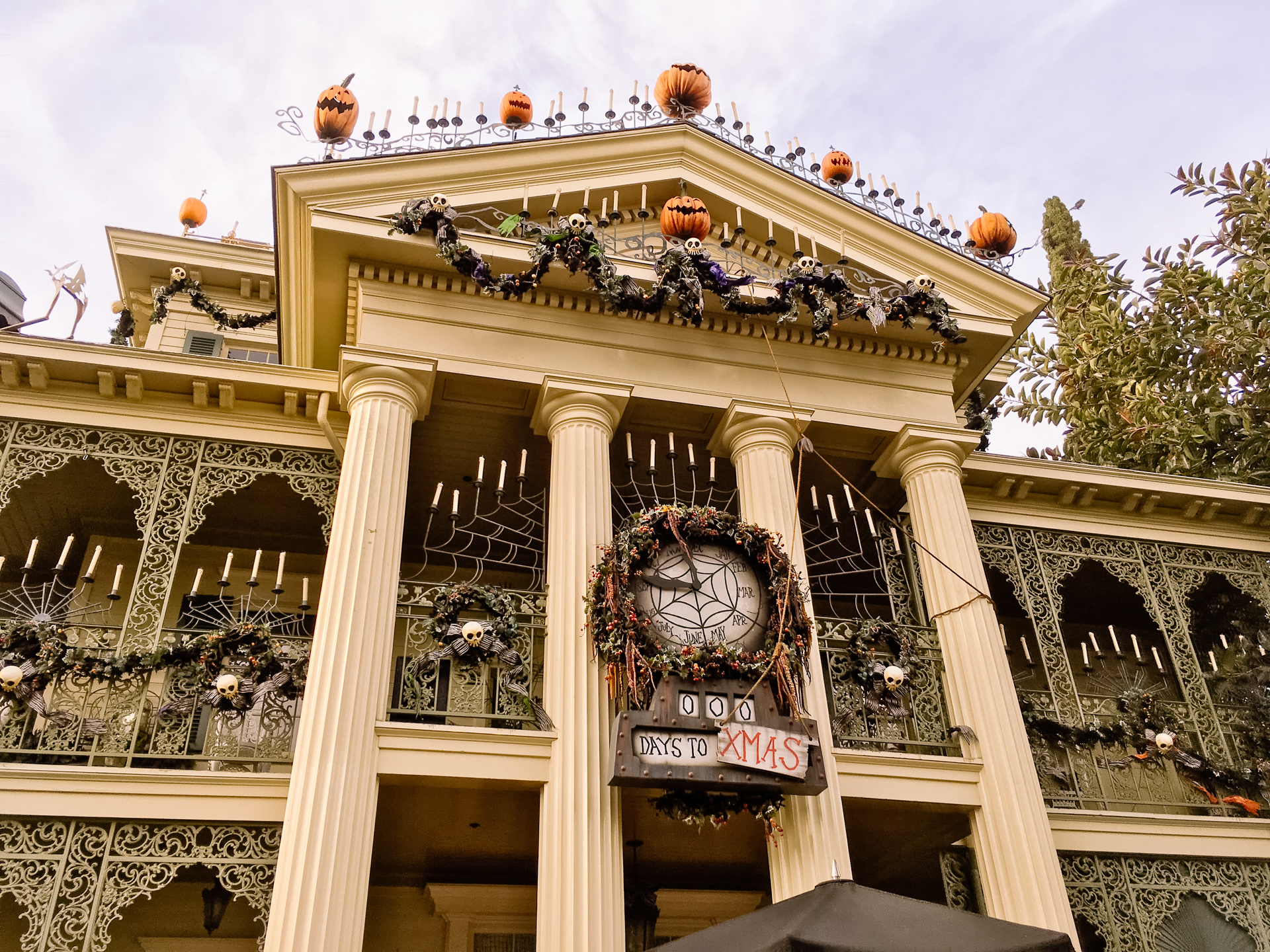 We headed over to the haunted mansion which had completely changed into The Nightmare Before Christmas theme for the holidays. I loved it. We went on the Indiana Jones ride then went on Pirates of the Caribbean. 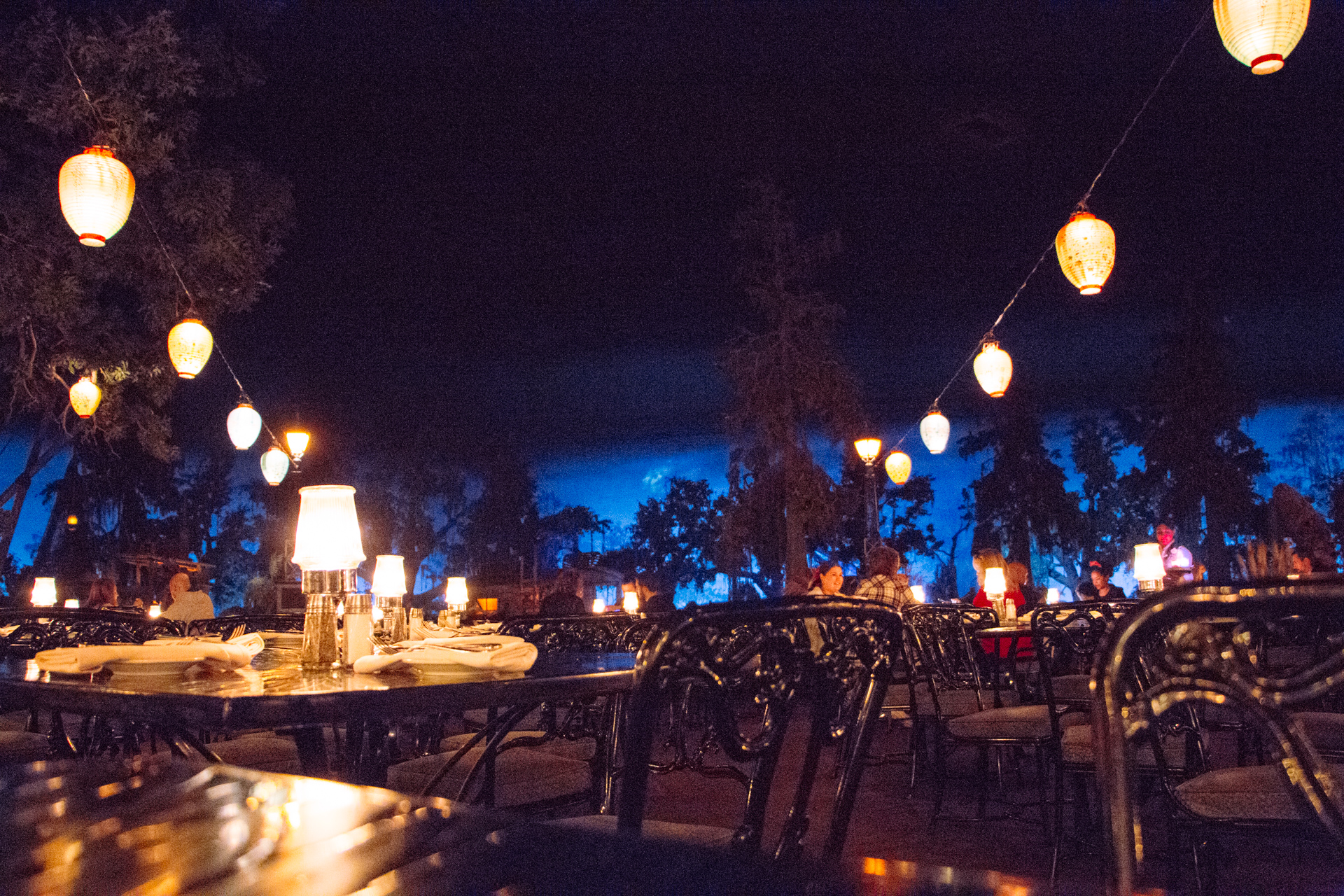 We had lunch inside that ride which was like New Orleans swamp setting but really good food – it was called Blue Bayou. I had a delicious Gumbo. Next on the agenda was the Christmas parade which was super swanky – I loved every second of it. 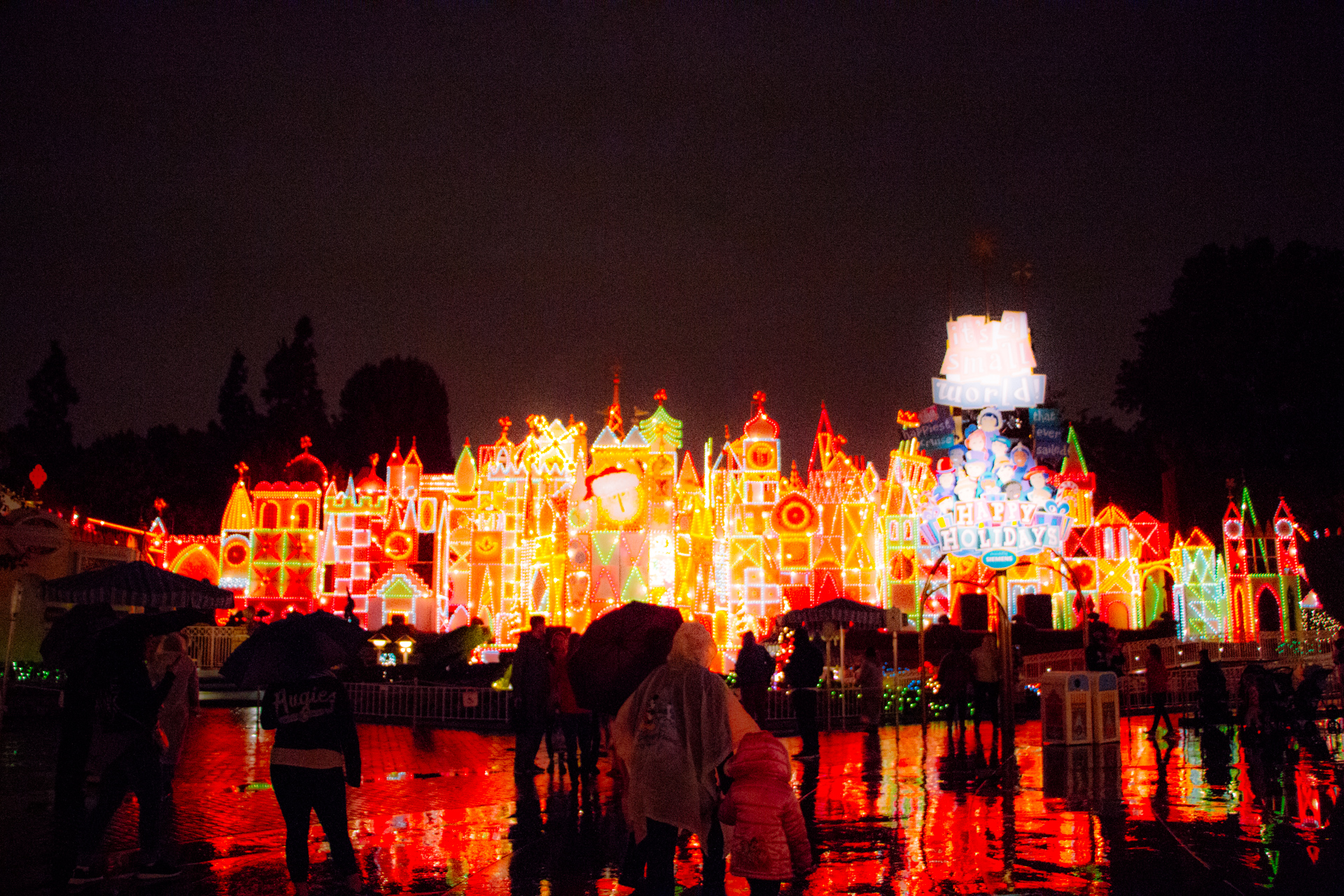 I took Alex on the Christmas themed “It’s a Small World” ride, he loved that ride and insisted that we ride it twice. I was like hell no! We then went to Tomorrowland and did Space Mountain a couple times and saw loads of Star Wars stuff because they were promoting Rogue One! 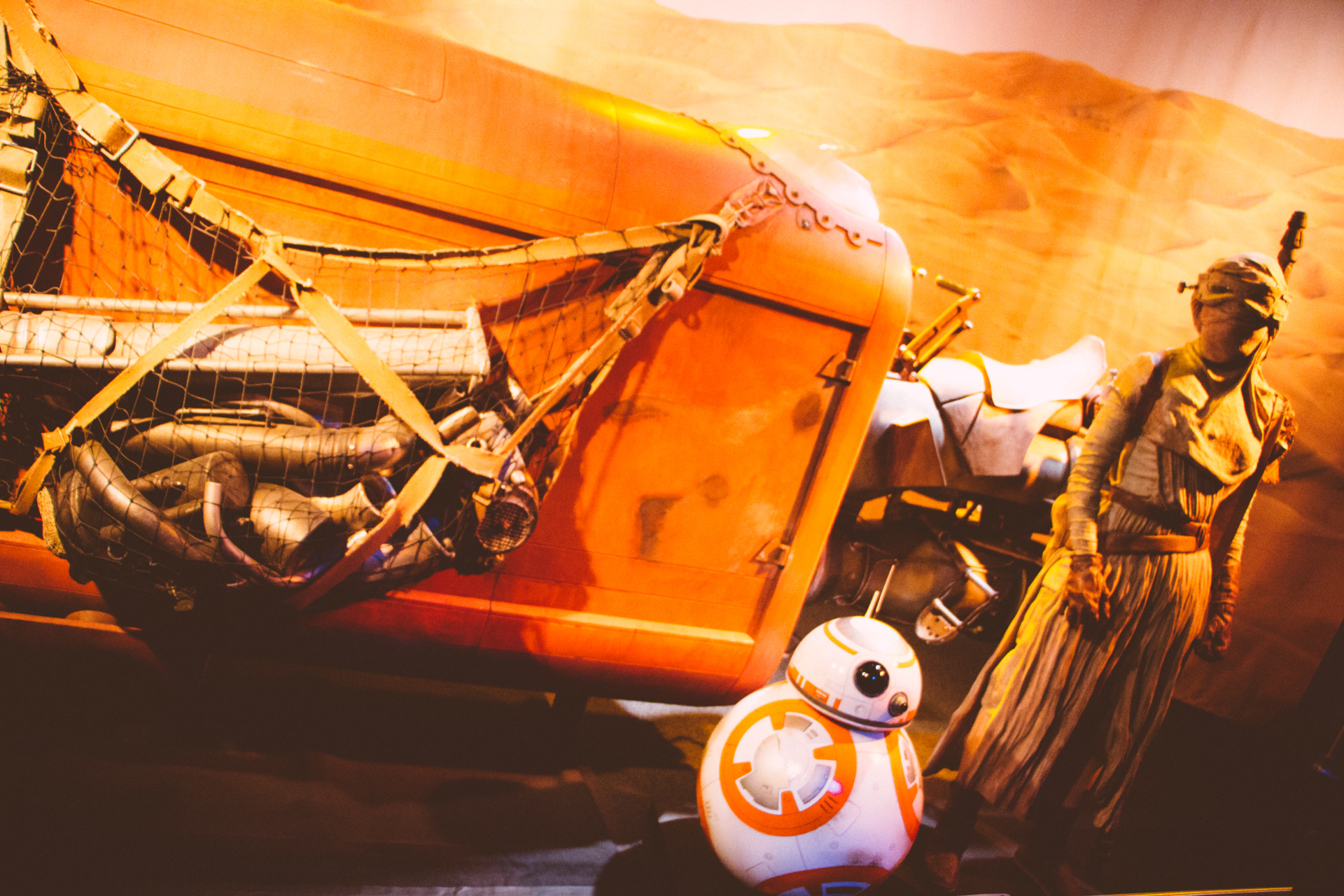 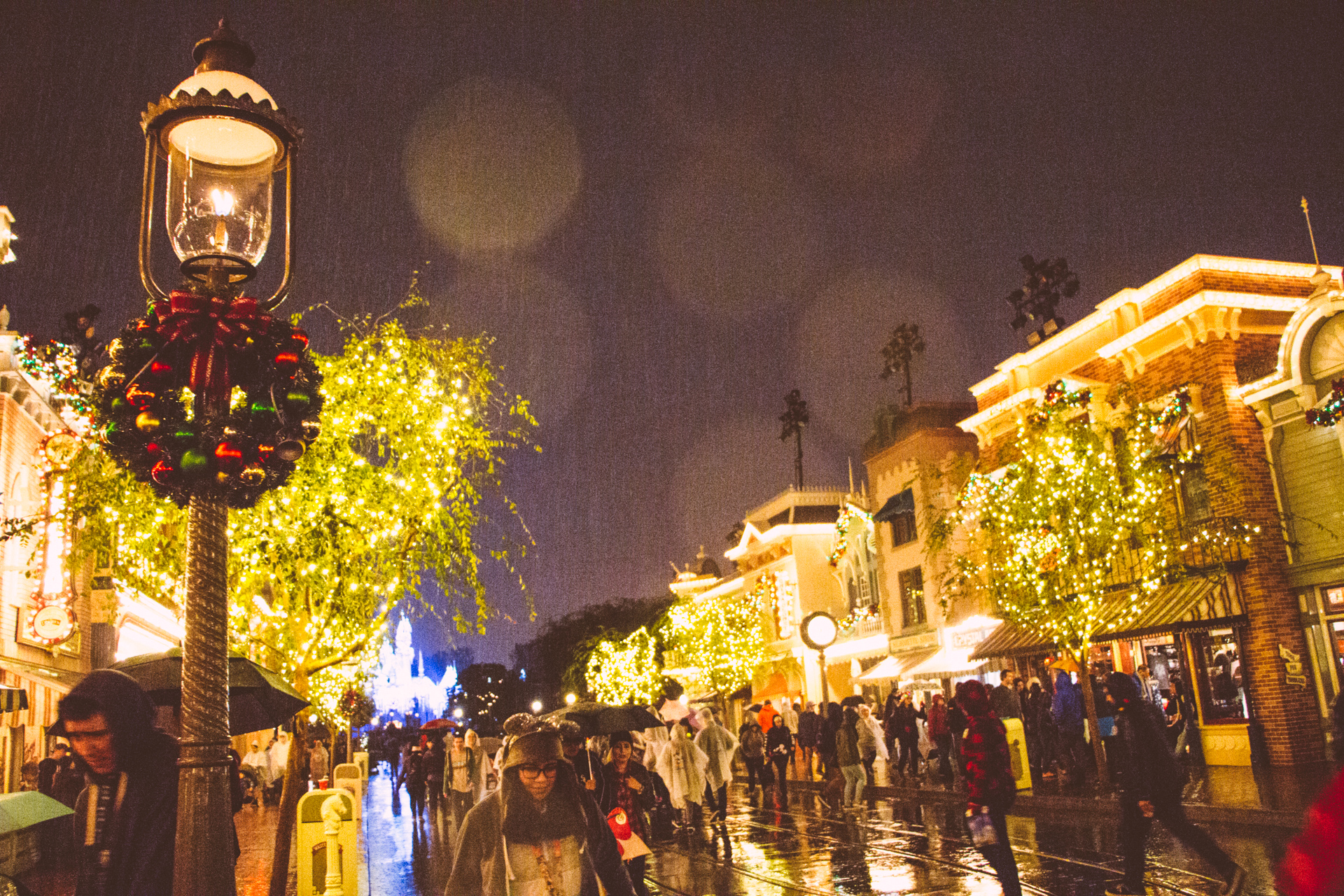 Then the worst possible news struck – the fireworks were cancelled *tear falls down cheek*. So instead we went on a couple more rides before heading to bed for our last day in Disneyland. 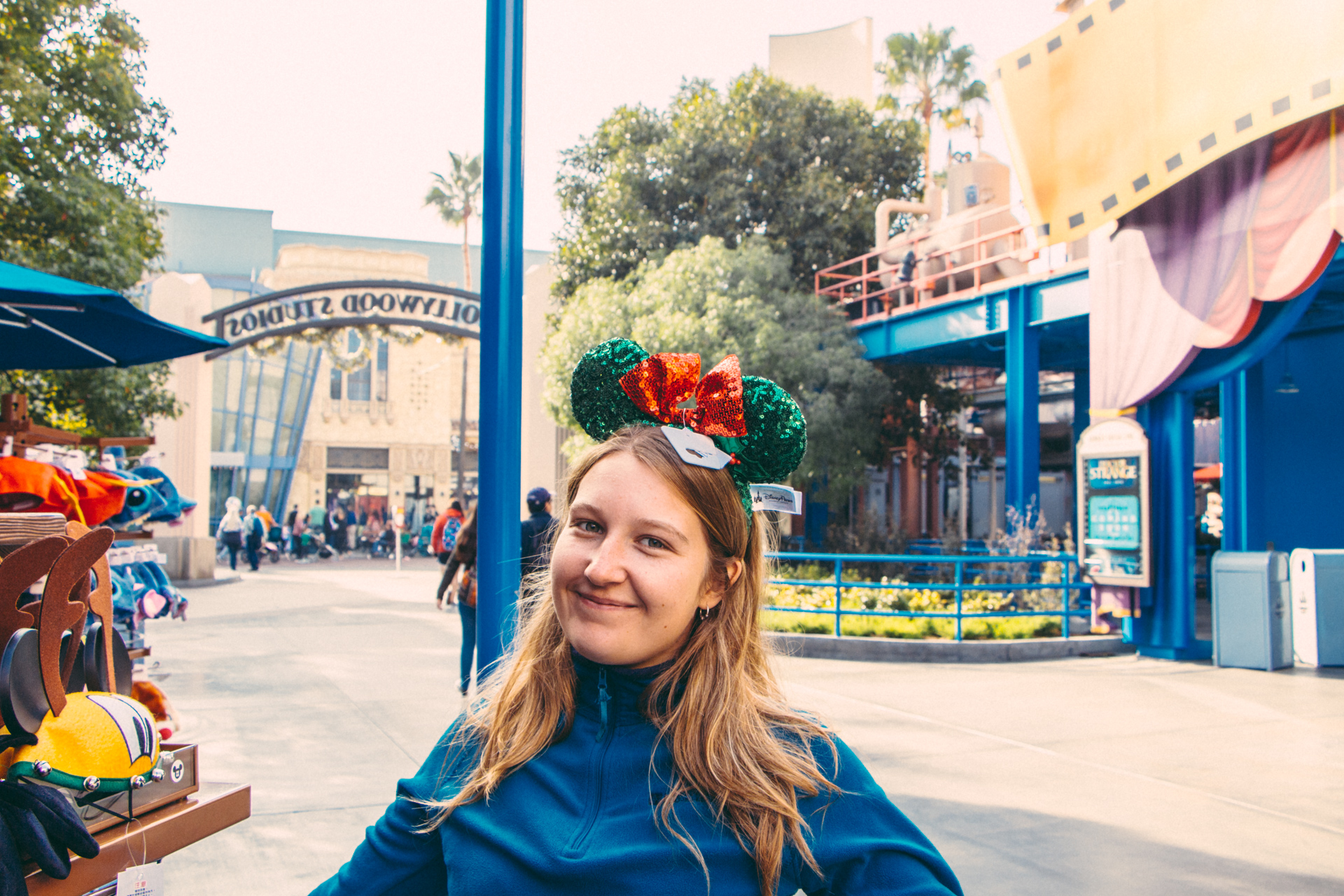 Our last day was very similar to our second we rode the same rides with an additional few that we missed such as the TikiRoom which again was one of Alex’s favourites (not). We watched a show which had a lot of singing in it Al again loved it. We then made our way slowly to the Airport to head back to San Fran. Where is was Alex’s turn to get excited and be happy. 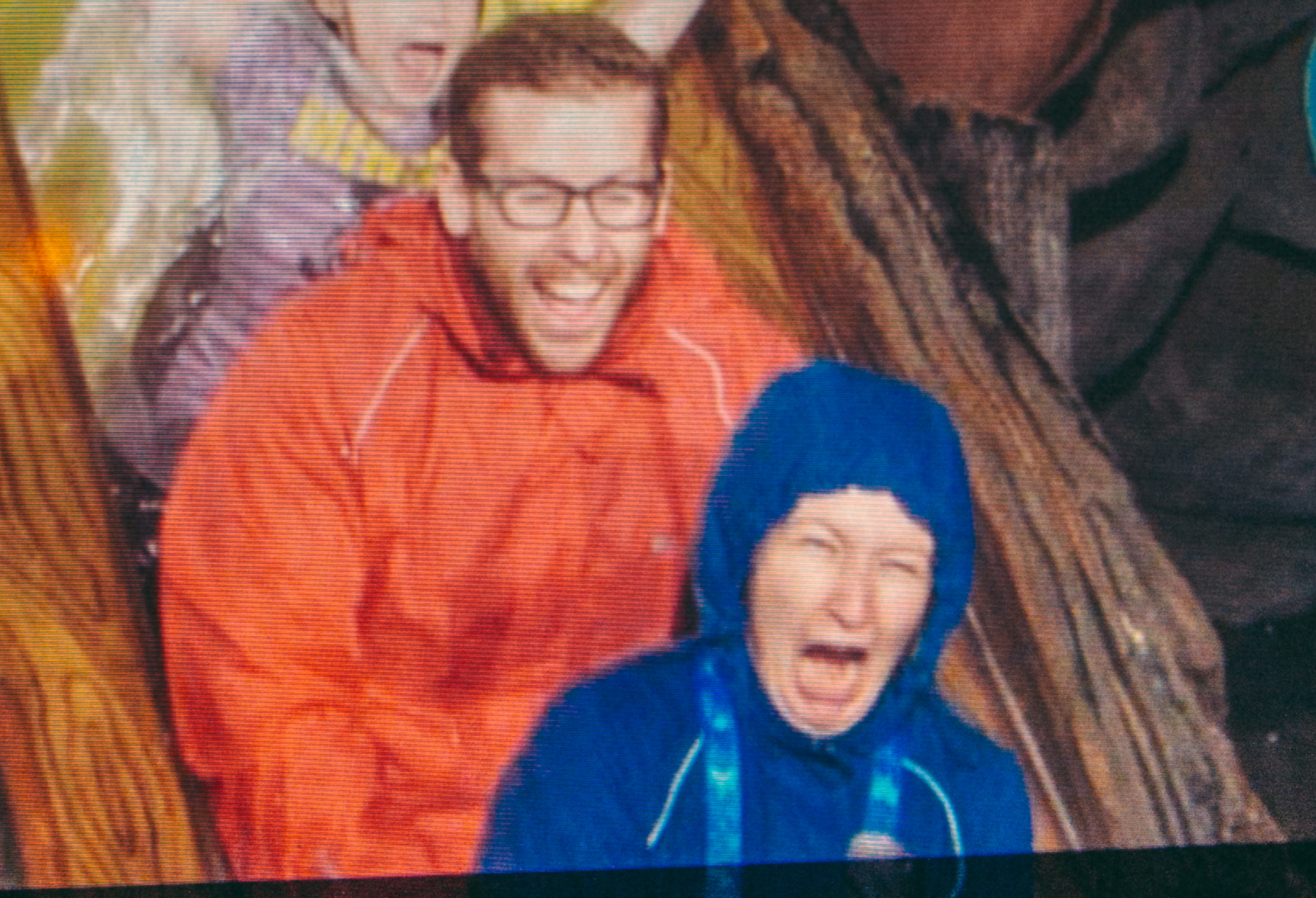 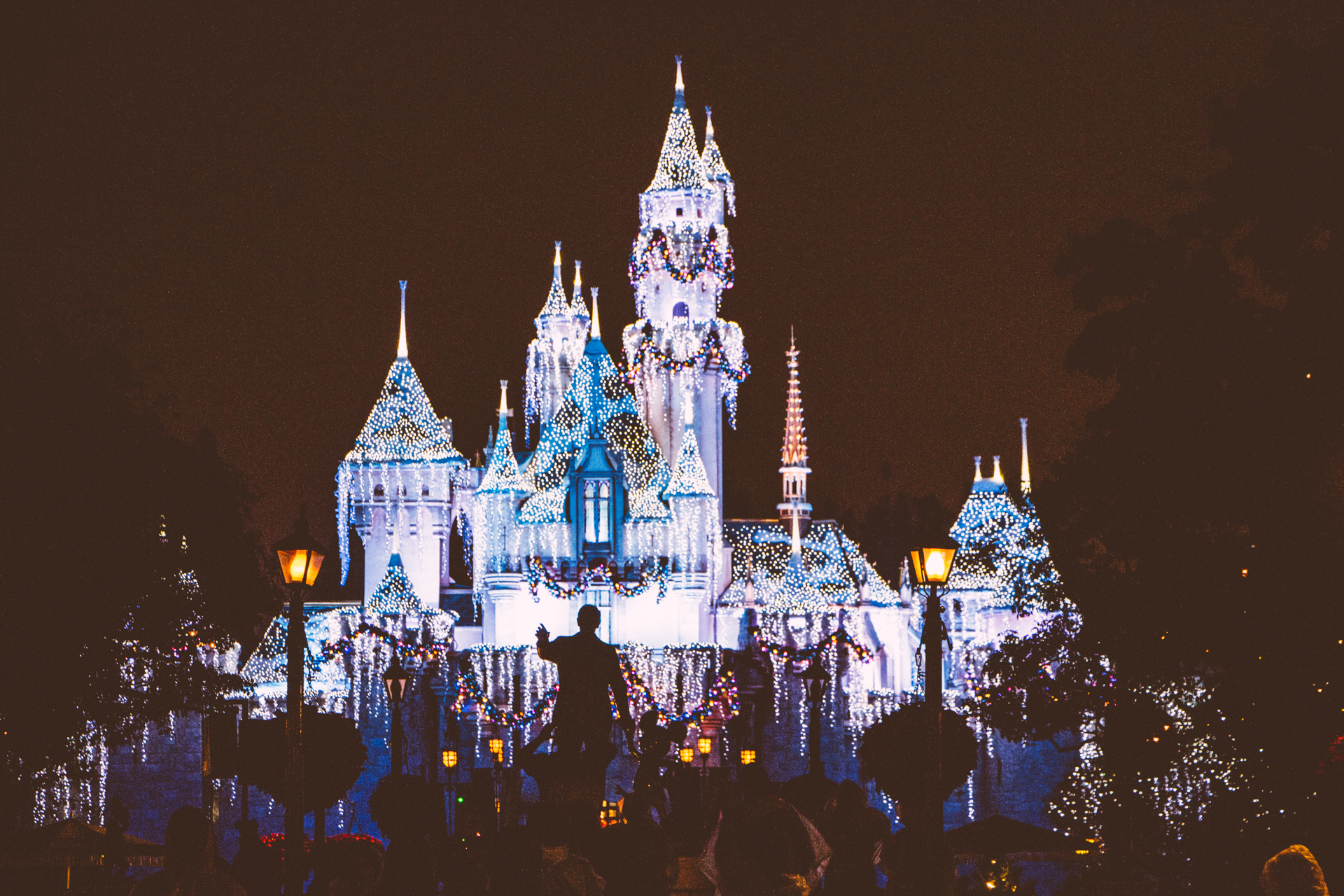 All in all it was an incredible treat for Christmas, truly one of the most magical places to be at Christmas with incredible decorations and theming. From adrenaline rides to just relaxing and soaking up the magic it was brilliant. 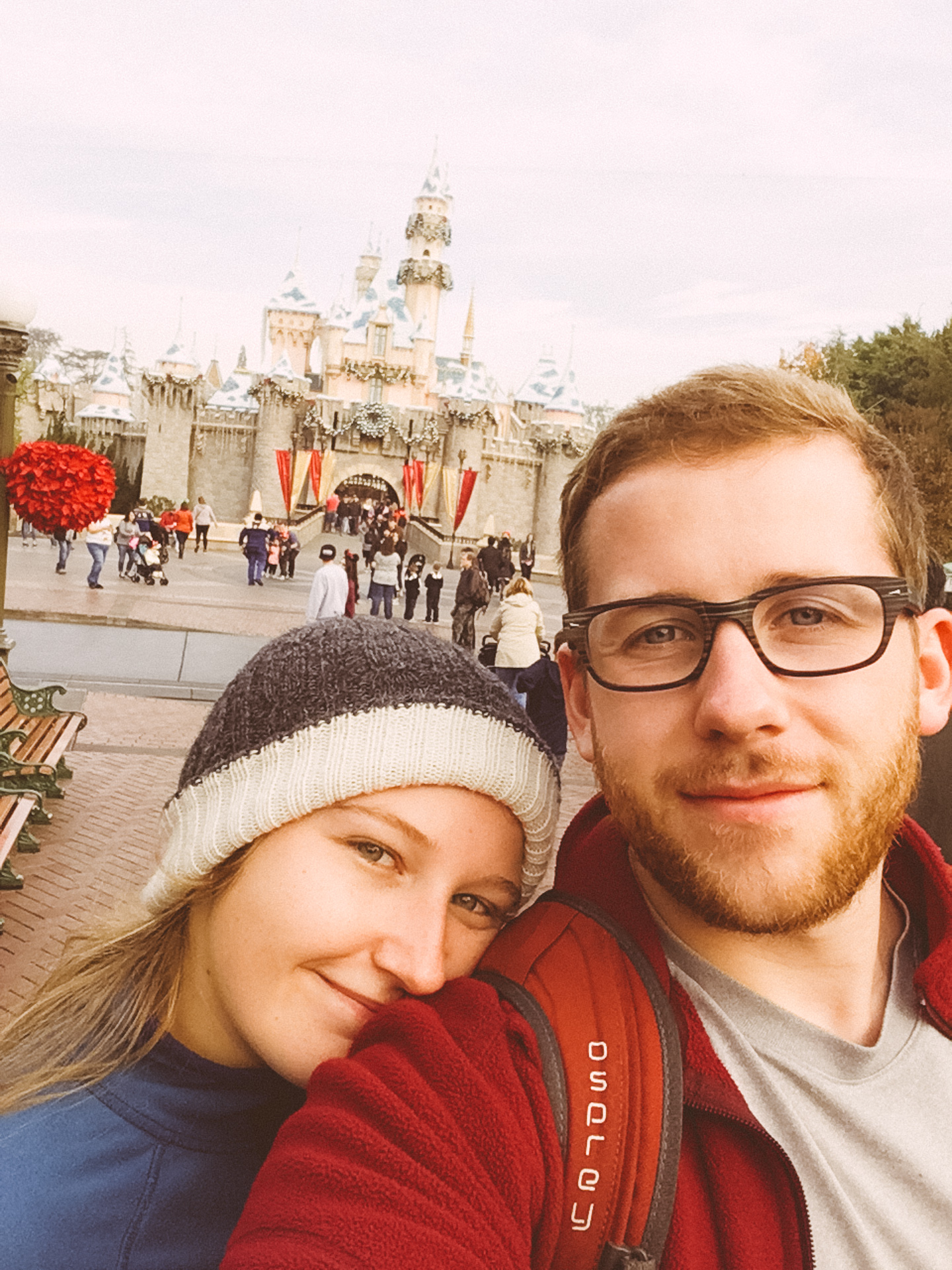 ← Cultural Arequipa, Desert Oasis Huacachina and Bustling Lima
Getting our geek on in San Francisco →