After a rather uncomfortable water taxi we were back again (see the bottom of our Colonia Del Sacramento blog to understand). We caught an Uber to our hostel called Casa de Papa. It was a really nice hostel, I imagine that at one point in time the building would have been very nice apartments, it was on the top floor and the views over the city were cool.

We were still rather sleepy from Uruguay, especially Alex who had only had five hours sleep in the last three days, so what we really wanted to to was nap however when we got there Pedro the hostel guy said that there was a really good free walking tour in a couple hours.. we decided to go on it. I’m glad we did – was really interesting! I learnt a lot about the politics and the history of Argentina. We met by the government building where people outside were protesting the legalisation of weed! From here we walked along whilst our tour guide Juan told us about how Buenos Aires was constantly fighting between Military Dictatorship and a democratic government. This he said is what has caused BA to be the architectural mess it is. Before the first dictatorship there were rules on how BA was to be built so there are really beautiful buildings and sculptures all around which were then placed by buildings from all eras. It’s on odd mix but it works. 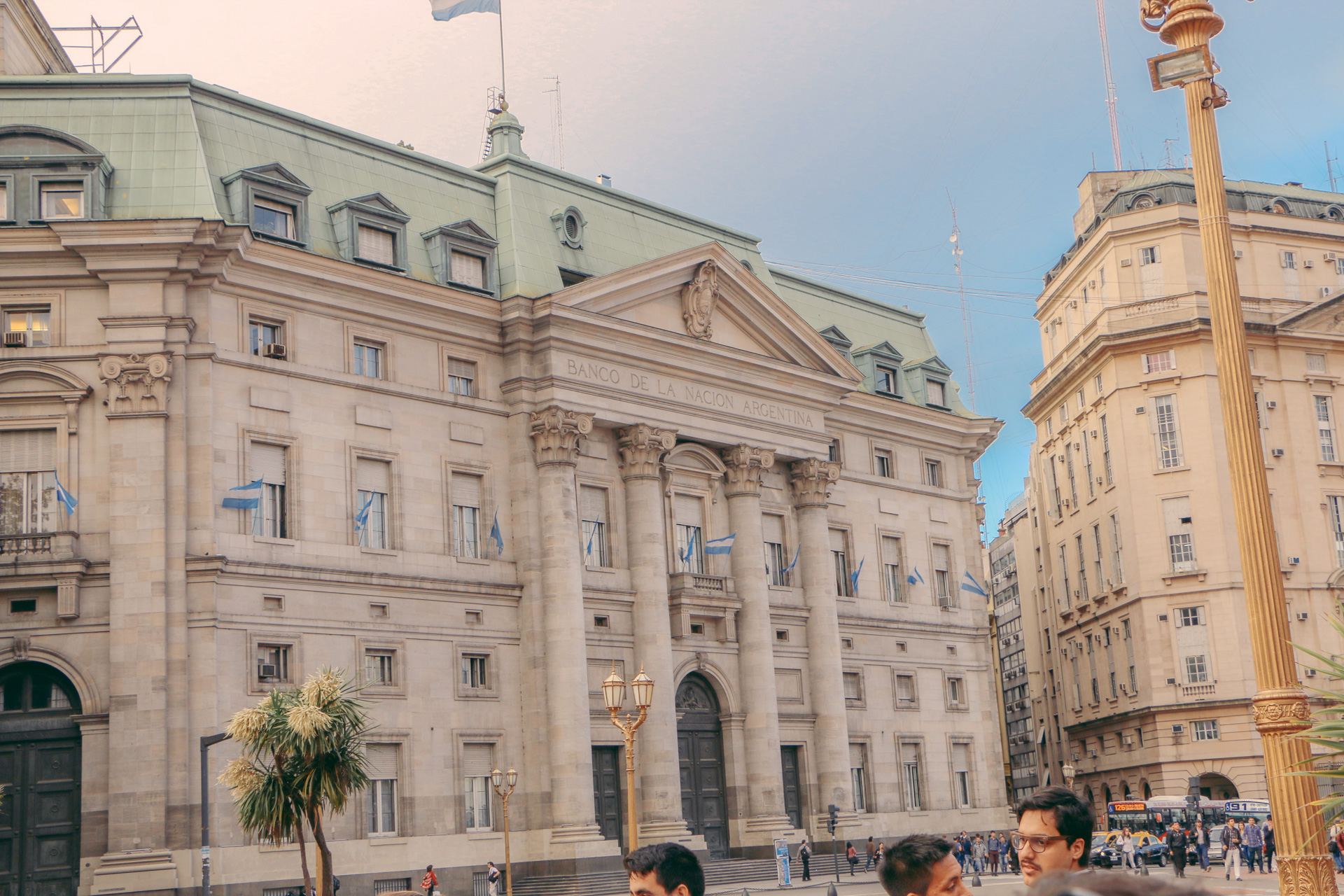 Juan then gave us a brief history of the Perons and how people either love or hate them. He explained that they helped the working class people hold strikes and helped give money to the poor but they also controlled the media. Eva Peron was the spiritual leader of Argentina but died at a young age before she could complete her legacy. Really weird stuff happened to her body it was mummified, kidnapped, smuggled, raped and found again in a grave in Italy. It is now buried in Recoleta cemetery. The walking tour ended in Plaza de Mayo, which was the oldest building in BA that still had a colonial look about it. The main church was interesting not very much to look at from the outside but that’s because the government and the religious leaders at the time of the building being built were not chummy so the government didn’t allow for a extravagant religious buildings. We saw the bank of Argentina which looked like Gringotts Bank from Harry Potter. 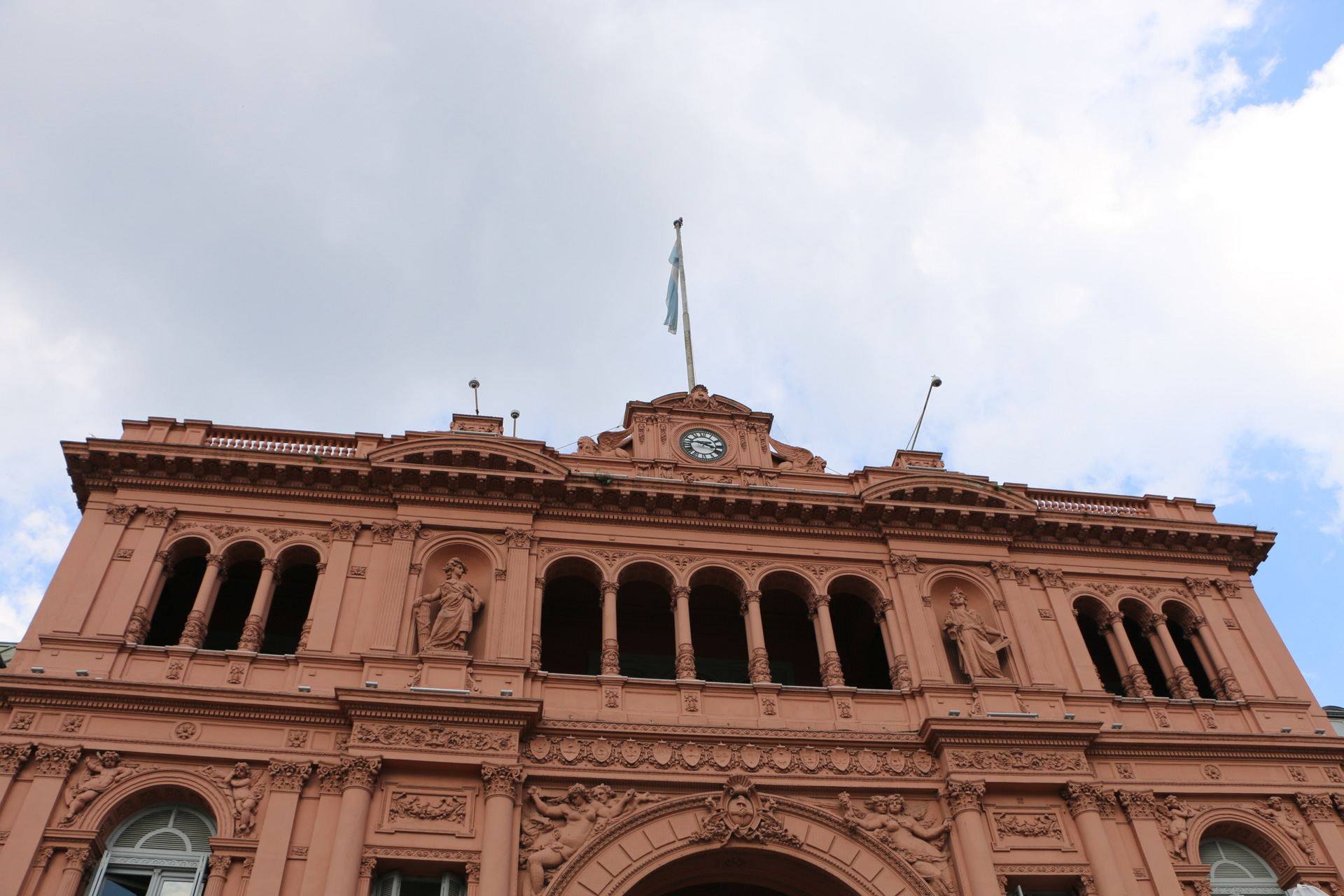 All over the plaza there were paintings of white head scarfs all on the floor to symbolise the grandparents of protesters who went missing while pregnant and then killed once the babies were born. Babies were given to military families so the grandparents are still searching for them. We also saw the pink house, so called because it was originally painted with cow blood and white stone giving it the iconic pink sheen. This is was where Eva gave her famous speeches, the whole square would have been filled with people, I can only imagine the atmosphere when it was completely packed with people shouting praise and love towards Eva. 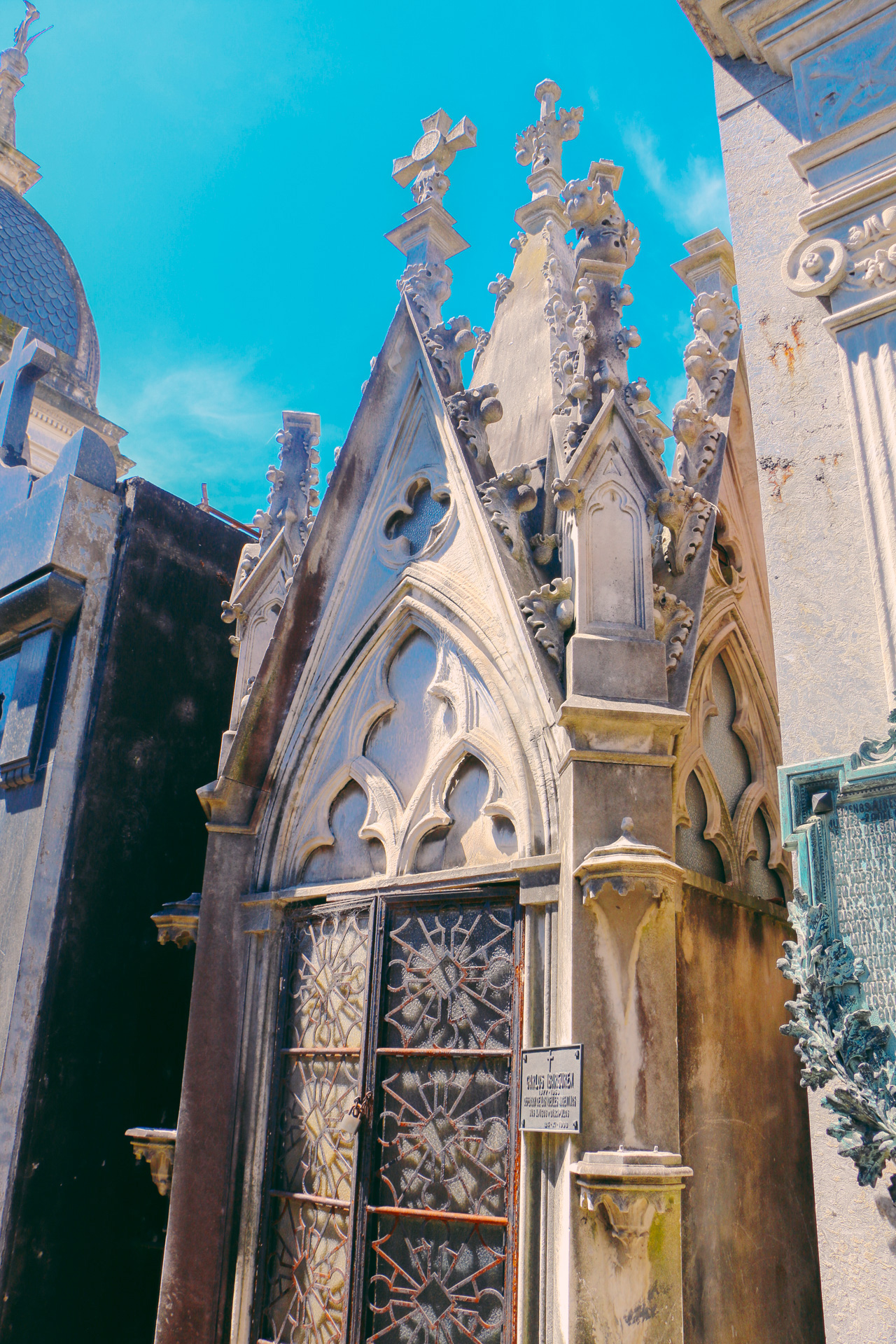 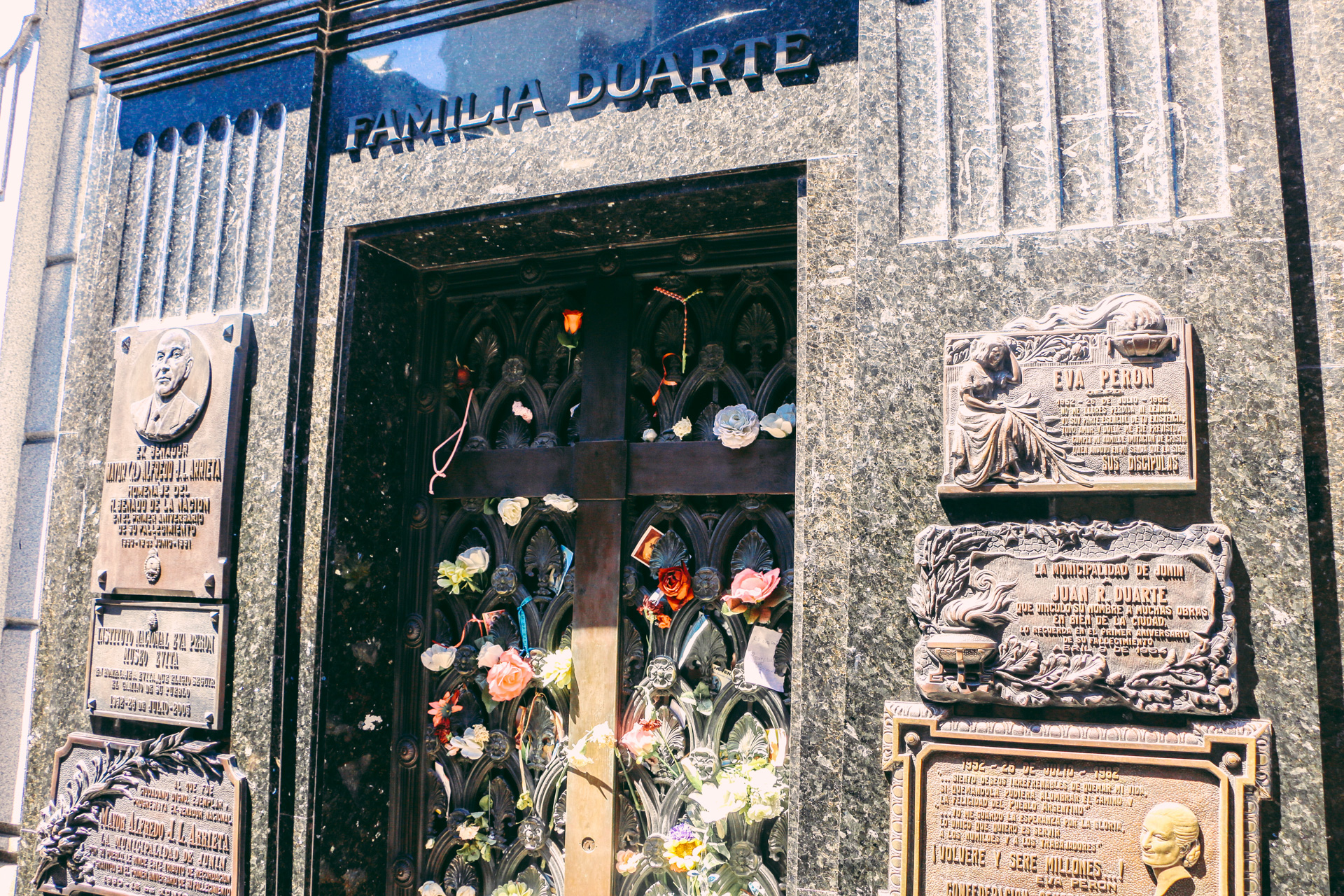 The next day in BA we went to Recoleta via the tube. This area today is the richest part of BA. We went to the Recoleta cemetery here, we found where Evita was buried and once you knew roughly where the tomb was you couldn’t miss it, it was surrounded by so many wreaths, flowers and notes, even to this day people still visit and pay tribute! The Recoleta cemetery is the largest outside display of statues and art in the world apparently, loads of coffins and statues. These people are filthy rich because it costs around $50,000 a year to keep your dead body there! Mental! I’m not gonna lie the whole place was creepy!
After lunch Alex got us lost because of his terrible map reading but it was an interesting detour because we walked passed some shops that were so expensive I couldn’t fathom having that much money! We finally managed to find out where we were going and found the art gallery we were after. There were art works here from the 1500’s all the way to the 1990’s. The modern art section was funky because there was some stuff there from 1920 that looked super modern now.
From here we continued to walk toward Palmero where we found the MALBA. It was another art gallery/centre. It was far too intelligent/artsy for me. There was a display about sexuality and religion. I didn’t get it — too many big words :(. 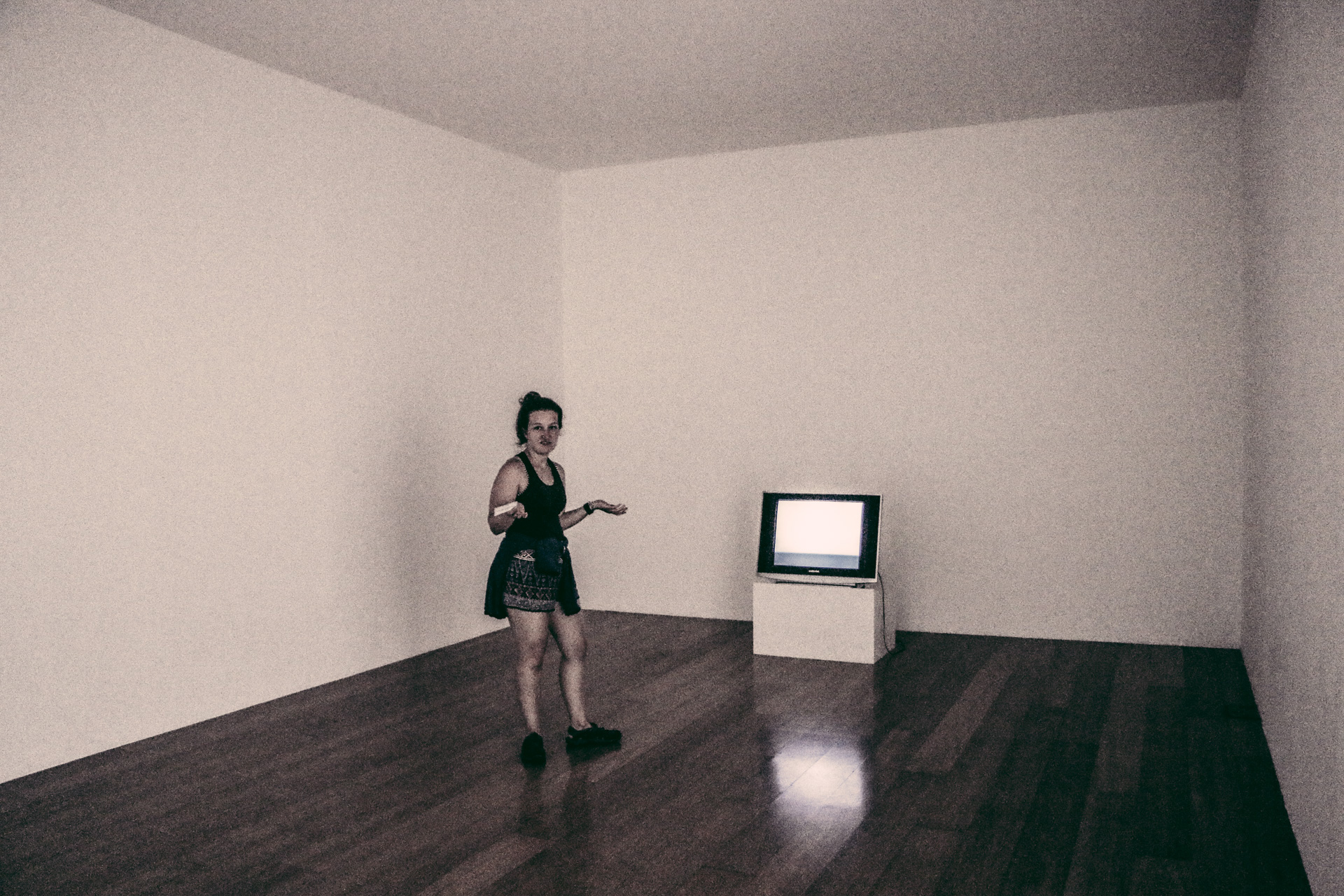 There was a large Yoko Ono display there which just strengthened the fact that she is a fruit loop! Loads of weird things smashing plates and dancing butt cheeks. The best bit though was when a bloke stuck his tongue out at Alex with a tiny note on the end of it, and Alex didn’t know what to do cause it was arty — so just ran away. So funny! We continued to walk found a planetarium that we wanted to see which was closed… So we caught the tube back to the hostel!
It was really raining the next morning so the idea to go to the zoo was thwarted. There was also a massive Bolivian festival thing going on in the main avenue just outside the hostel. We headed out of that area and went to the zoo just in case it was open but it was not, so instead we went to the Eva Peron museum which was okay, but mostly just was some of her clothes. We also wanted to see this show that was supposed to be amazing so we went back to Recoleta to get the tickets. Once there we went around the market there and the shopping mall. 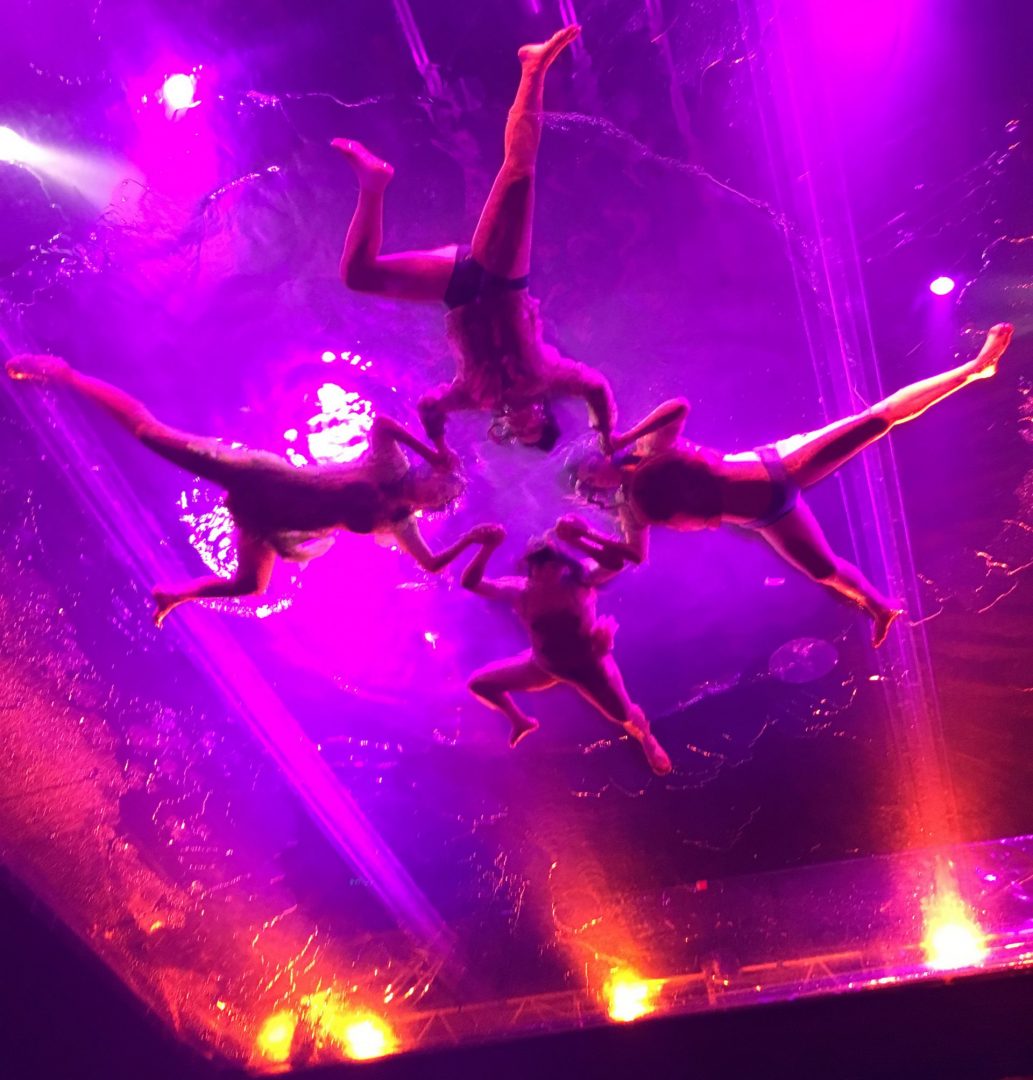 After getting the tickets and relaxing in the hostel again, we went back to watch the show, called “Fuerza Bruta”, it was quite freaky but the most visually stimulating thing I’ve ever seen, amazing atmosphere and displays. At one point a huge swimming pool appeared above us and then was lowered to just above our heads so we all had to hold it up, crazy but awesome! 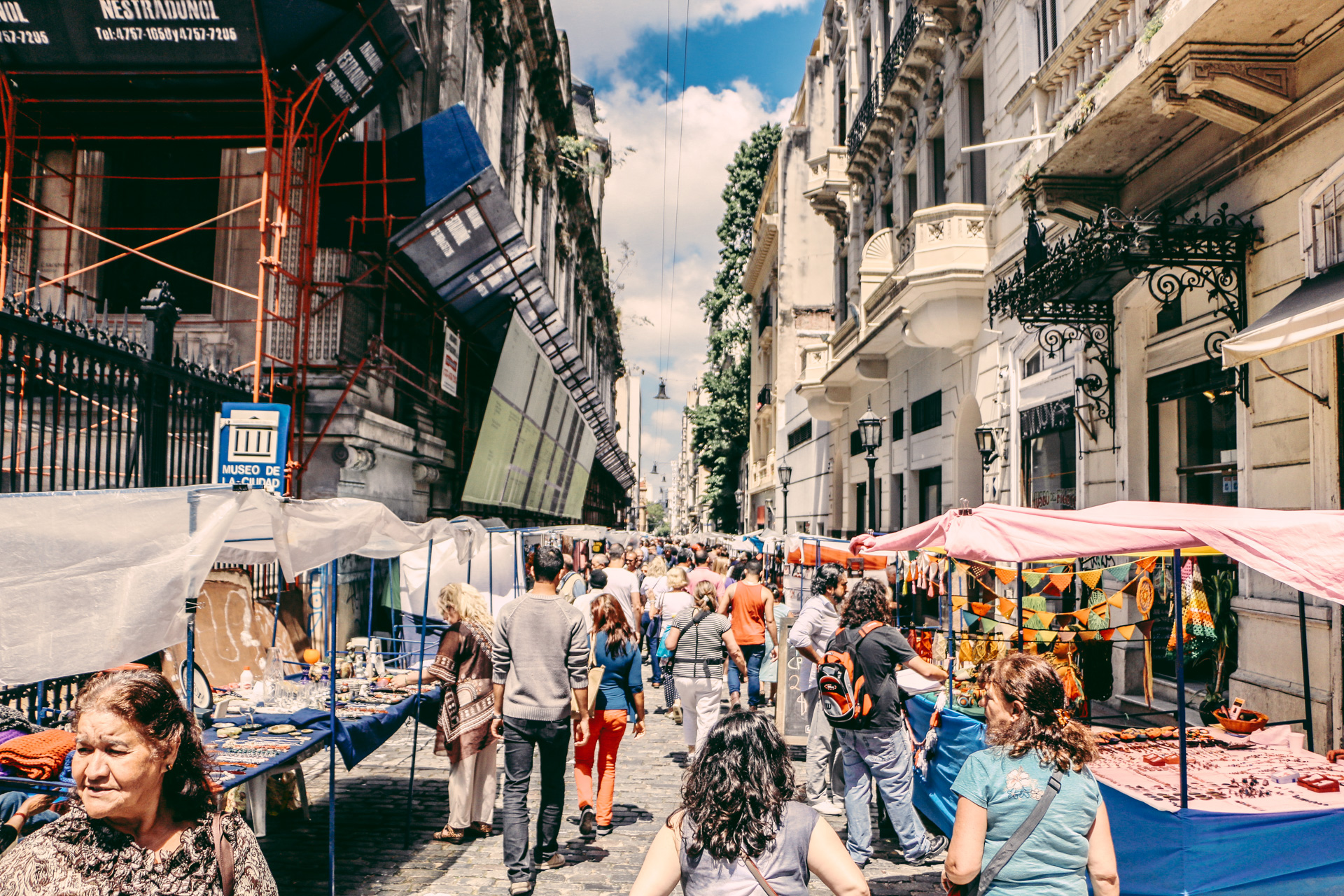 On the last day we went to San Telmo market. The story behind the market is that San Telmo used to be the richest part of BA before yellow fever snuck its way into the city. The rich people just up and left the area of San Telmo leaving their possessions behind. A couple of years later with deserted houses the poor started to move in and flogged the possessions that were left behind on the streets directly outside of these houses, you had people selling diamond chandeliers, marble tables and all kinds of luxurious items directly in the streets.
The market is huge and spans over 13 blocks. It took us a good two hours to walk the distance of the whole market. They sold loads of tat but there were one or two that had some really nice homemade things we did buy one or two trinkets. 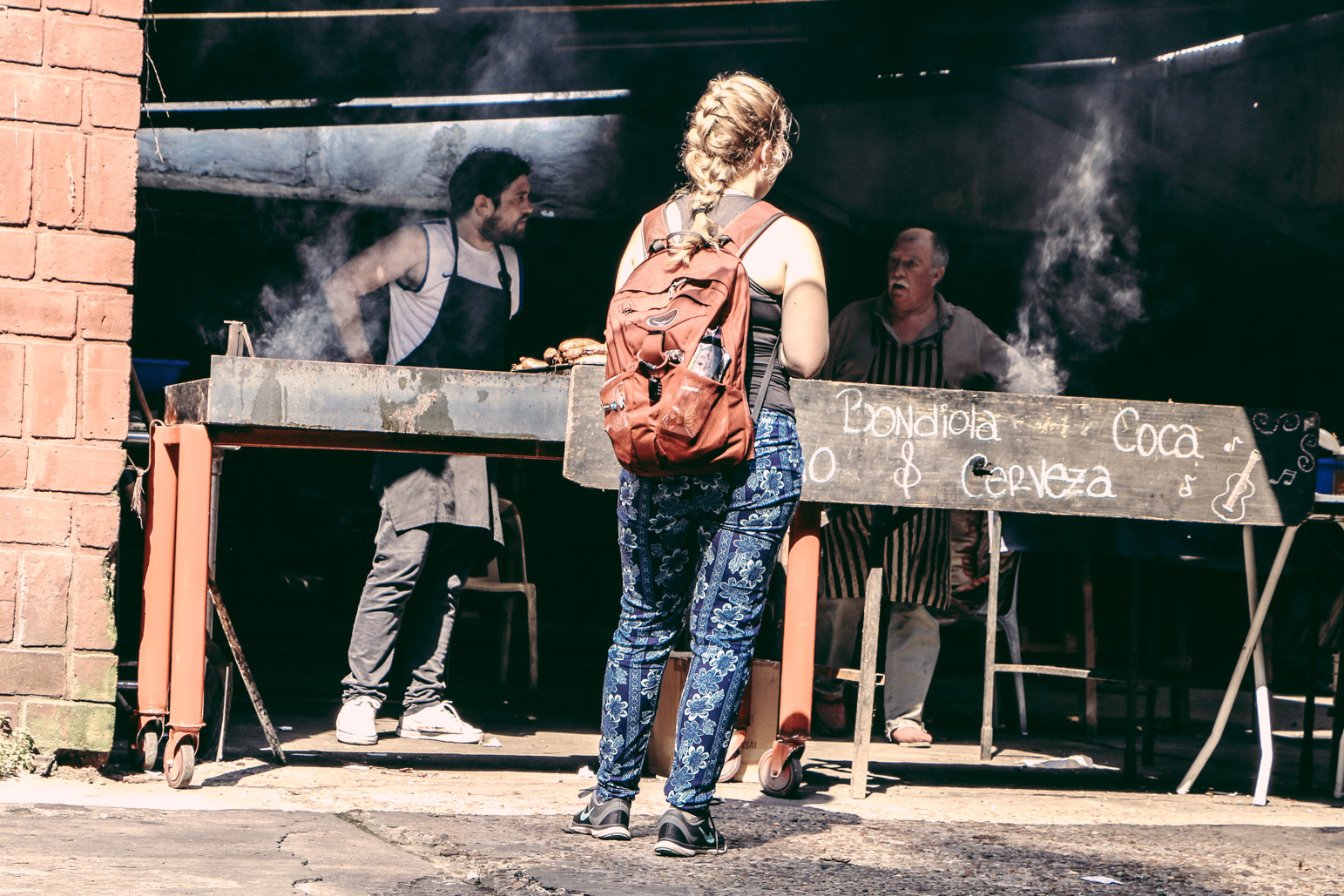 For lunch we had street food BBQ Chrizopan sausage sandwich which was sooo nice I wanted another. 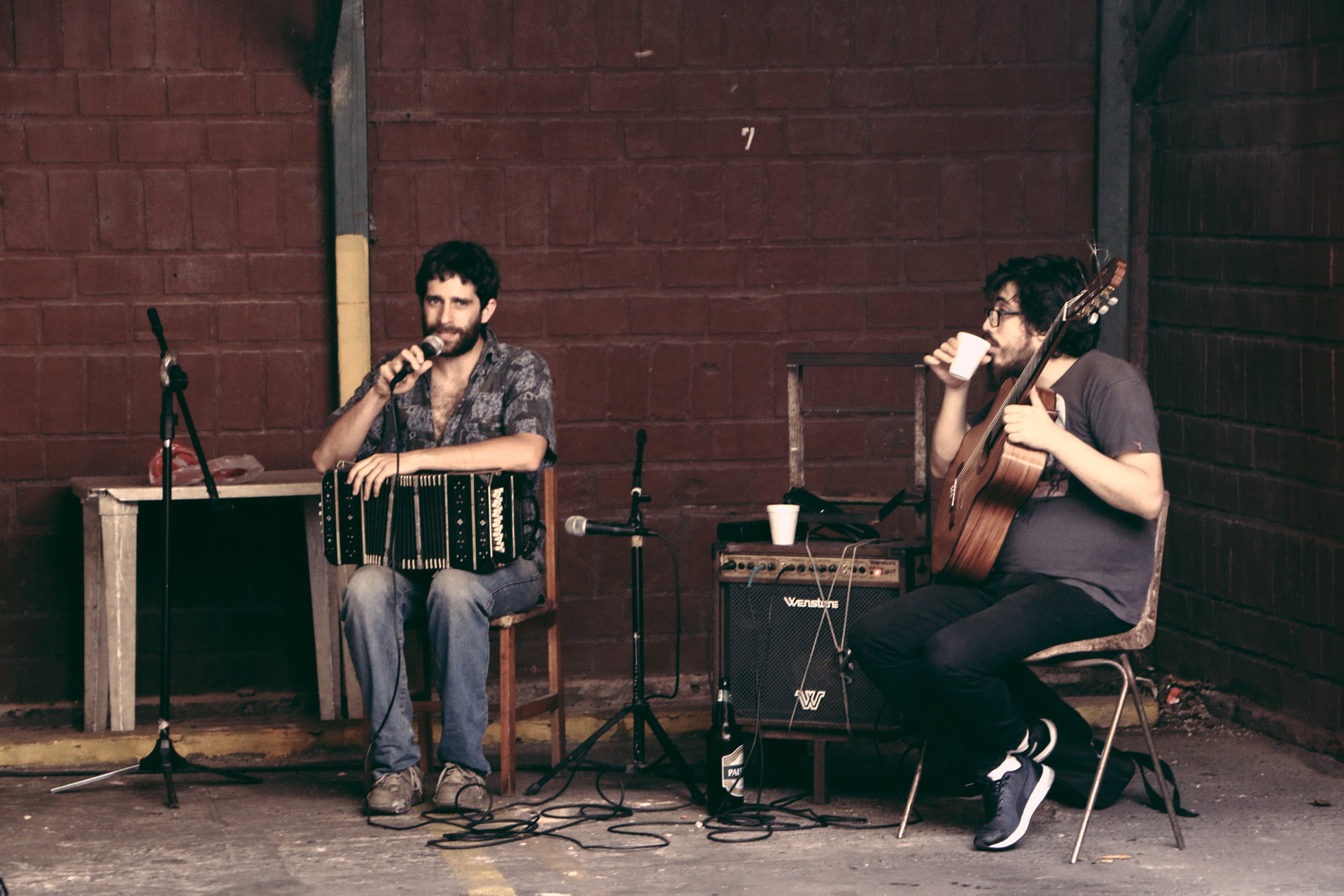 There was a live tango band playing in the area so we sat, ate and listened feeling a bit gutted that we were leaving this amazing city. 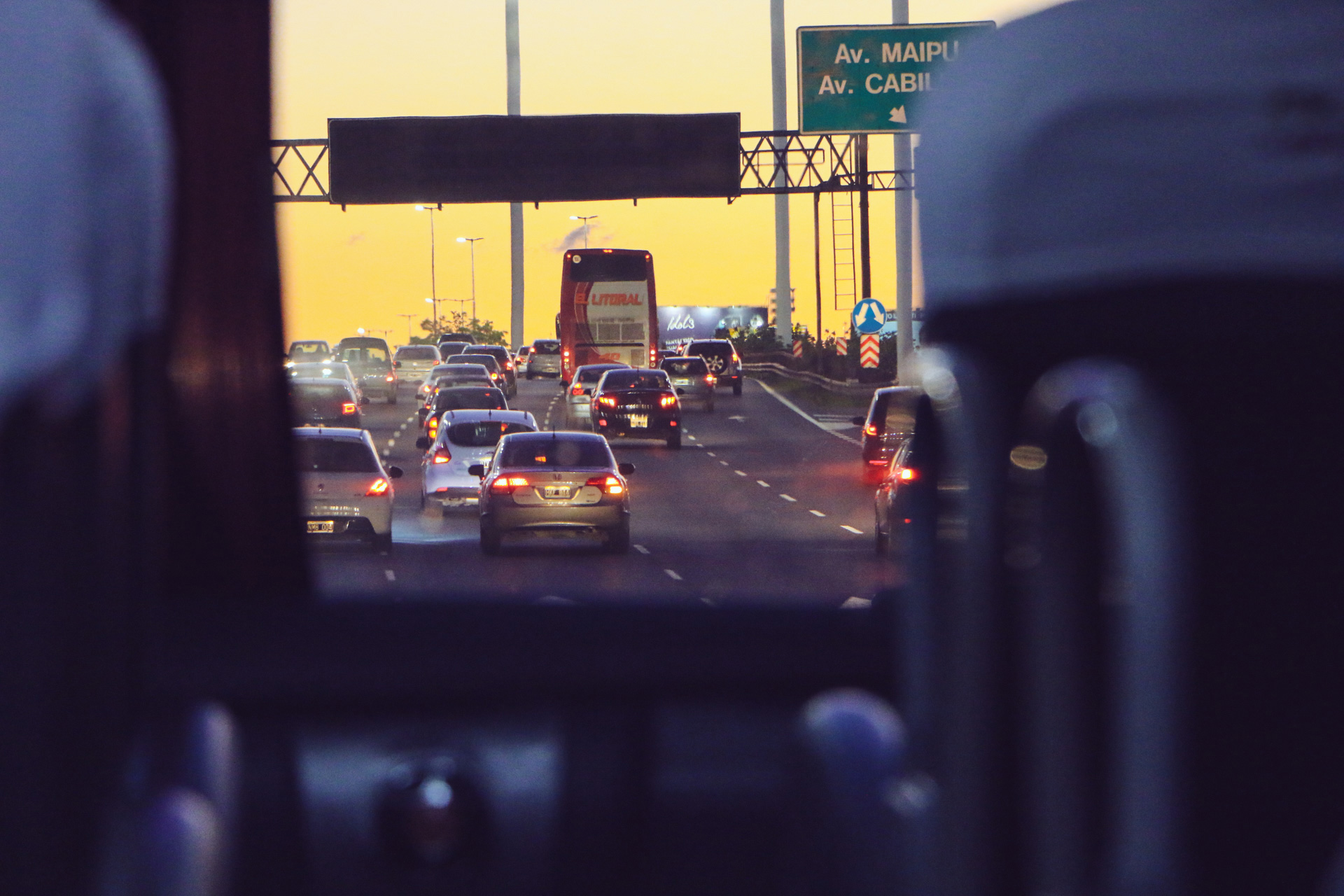 I loved BA I was so sad to leave. But now onwards to Puerto Madryn to see whales, penguins and wildlife!

Do you mean wreaths not reefs

I can see a travel book in the future for young adventurers.

I’m enjoying every minute of the vlogs and every word of the blogs! Love it.